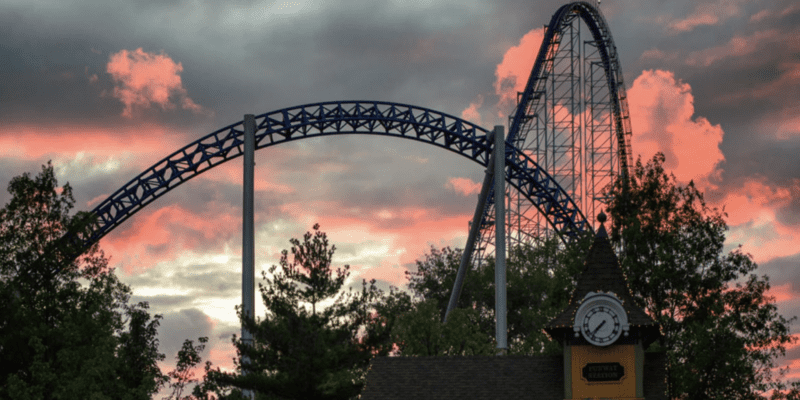 It wasn’t just the spooky haunted houses that were horrifying visitors at one popular theme park.

Many theme parks all across the country are celebrating Halloween in their own specific way. Disney Park Guests are currently enjoying Mickey’s Not-So-Scary Halloween Party at Magic Kingdom in Walt Disney World Resort, and the Oogie Boogie Bash is taking place at Disneyland Resort. Halloween Horror Nights is taking place at Universal Orlando Resort and Universal Studios Hollywood, and many other theme parks, including Busch Gardens, SeaWorld, and Six Flags are celebrating in their own specific way, as well.

One of the most popular theme parks to visit during this time of year is Cedar Point.

The Ohio theme park is currently celebrating its 25th anniversary of HalloWeekends.

The outdoor fall event is home to daytime fun, Halloween activities , and shows for the family. And as darkness falls, fright zones, haunted houses, and scary scenes all come alive for all who dare to brave the fog-covered paths and terrifying trails.

However, these listed haunts weren’t the only horrifying sight at Cedar Point recently.

WOIO reports that charges were filed for an alleged “sex offense” involving a man and a woman, both 38 years old, who were at the theme park’s Halloween event on September 30.

According to Sandusky Police, officers were dispatched to the area after a 17-year-old girl reported witnessing “a woman having her hand inside a man’s pant zipper while making a back-and-forth motion.”

Police said the teen recorded video of the incident on her phone and, after reviewing the footage, the officers questioned the couple. The man denied any inappropriate contact, saying that they “were very intimate with each other” because they had just started dating.

According to police, the couple faces a public indecency charge that was upgraded to a second-degree misdemeanor because the witness was a minor. The couple was taken to the Erie County Sheriff’s Office for additional processing.

This isn’t the first incident to happen at Cedar Point. A couple was arrested just a matter of months ago for allegedly having sex on the ferris wheel at the theme park.

Inside the Magic will update this investigation as more information is released.