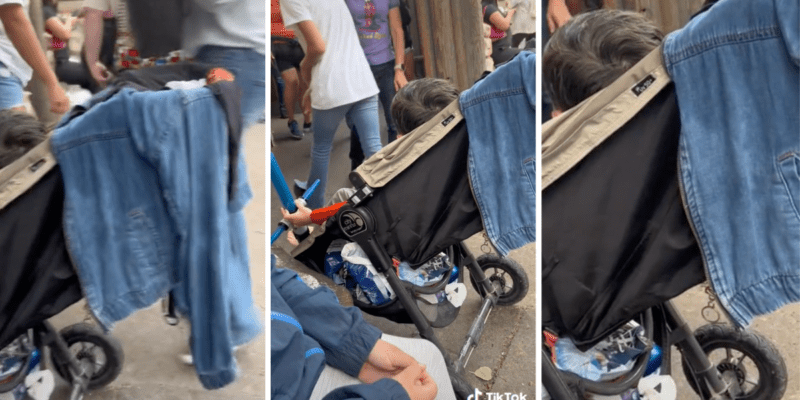 A child was left by their parents at Disneyland Resort recently, prompting Disney Cast Members to be involved.

Disneyland Resort is known as “The Happiest Place On Earth” and is one of the most popular destinations in the country for families to visit. Both Disneyland Park and Disney California Adventure are full of beloved attractions and experiences, like Haunted Mansion, Jungle Cruise, Pirates of the Caribbean, Space Mountain, the all-new Avengers Campus, Radiator Springs Racers, and The Incredicoaster, to just name a few.

These are all perfect attractions to experience with your family.

Recently, a video gained a lot of reactions on TikTok after it surfaced showing a child being left by their parents near the women’s restroom in Disneyland.

The user shared in another video that they waited with the child until the mother came to get them and then notified Disney Cast Members.

“I waited for the mom to get there so I can leave. The worst part is there was two of them with him and they both decided to get in there together. I didn’t make a scene but I did tell a member after she came out.”

While Disney Cast Members work to ensure that every Disney Park is safe for Guests, there are rules in place to ensure that children, in particular, are taken care of.

According to the official Disney website, Guests 14 years old or younger must be accompanied by an adult when visiting Disney theme parks. While your child can ride many attractions solo while in the theme parks, you will need to accompany them during their Park stay.

What do you think of this video at the Disney Park?