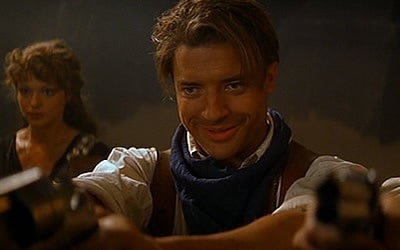 Mummy fans! Brendan Fraser is willing to come back a fourth time and break the curse Tom Cruise was unable to back in 2017.

Fraser has been rescuing us from The Mummy since 1999. For personal reasons, he left Hollywood and just recently made his return in The Whale (2022) where he received a six-minute standing ovation at the Venice Film Festival.

During an interview with Variety, Fraser admitted he is quite open to revisiting the franchise that launched his career. “I don’t know how it would work,” Fraser says, “but I am open to it if someone comes up with the right idea.”

The Mummy star also opened up about why he thought the latest Mummy movie tanked. “It’s hard to make that movie. This film did not have the fun ingredient we had for our Mummy. The Mummy should be a thrill ride, but it shouldn’t be terrifying or scary. It is difficult to pull it off, I know. Three times I tried to do it.”

In 2019, Universal decided not to move forward with a fourth movie.

The O’Connells would have, once again, been facing off against the forces of evil. This time, in the form of Aztec mummies from South America with Antonio Banderas as the main villain.

Stephen Sommers also opened up as to why they gave the iconic role of Rick O’Connell to Fraser.

“He could throw a punch and take a punch and he had a great sense of humor,” the director shared. “You really like the guy. He never comes across as cocky or arrogant. He was game for anything we threw at him.”

Sommers added that even through a knee injury, and physical strain on Fraser’s body, he remained positive, professional, and got the job done.

What do you think? Would you watch another Brendan Fraser Mummy movie? Let us know in the comments.