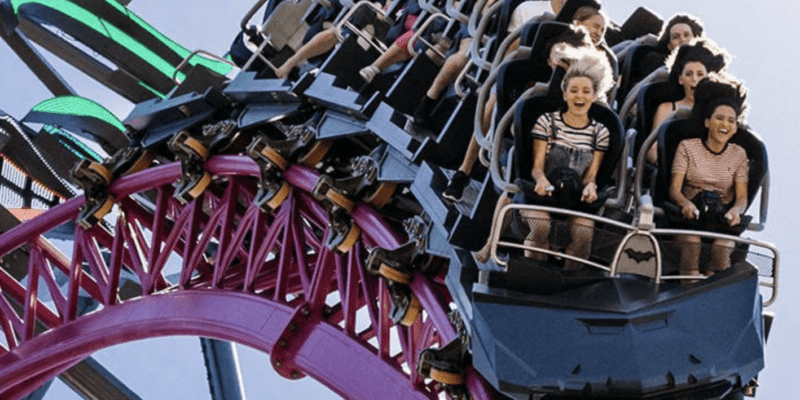 A popular theme park ride was shut down and had to be evacuated after a “behavior incident” occurred.

Theme parks all around the world are known for giving visitors the opportunity to experience thrills and attractions that are unlike anything else. Whether you’re visiting a Disney Park– like Walt Disney World Resort, Disneyland Resort, or Disneyland Paris– or if you’re at another theme park like Universal Orlando Resort, Universal Studios Hollywood, Six Flags, Busch Gardens, SeaWorld, Cedar Point, or any other, you’re sure to have a great time.

However, a recent incident on a popular roller coaster caused a ride to be shut down.

While riding the Scooby-Doo Spooky Coaster Next Generation at Warner Bros. Movie World, Guests found themselves stuck inside the dark coaster after a rider allegedly removed clothing, causing the carriage in the high portion to jam, according to reports from ABC News.

As a result, the riders on board were stuck inside the attraction for about 30 minutes before ultimately being rescued.

“The guests on board were completely safe throughout the process and our expert team were in constant communication with them,” the statement said. “The safety and wellbeing of our guests is our highest priority and our team conduct regular training with QFES on these scenarios and we would like to thank them for their assistance.”

Earlier this spring, a 12-year-old boy was taken to Gold Coast University Hospital after suffering significant head injuries on the Looney Tunes carousel ride at the theme park. An update on his status has not been revealed at this time.