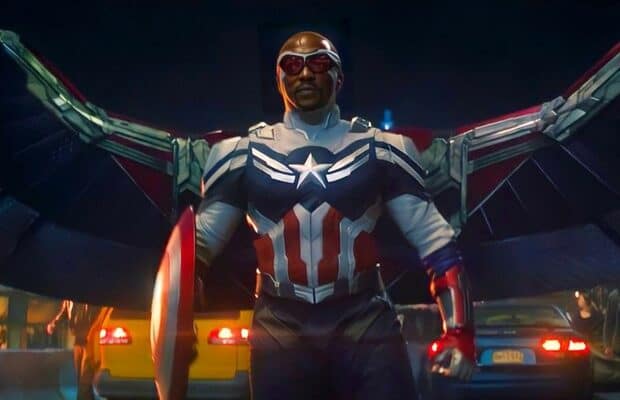 Following that, Shang-Chi and the Legend of the Ten Rings (2021) starring Simu Liu (Shang-Chi), Spider-Man: No Way Home (2021) with Tom Holland, Andrew Garfield, and Tobey Maguire all as their own separate, Multiversal version of Peter Parker, Doctor Strange in the Multiverse of Madness (2022) with Benedict Cumberbatch (Doctor Strange) and recently, Thor: Love and Thunder (2022) with Chris Hemsworth (Thor Odinson) and Natalie Portman (Jane Foster/Mighty Thor) were all released

Now, as Phase Four of the Marvel Cinematic Universe wraps things up with She-Hulk: Attorney at Law (2022) this August and Chadwick Boseman’s send-off in Black Panther: Wakanda Forever (2022) this November, fans have been left to wonder what might be next for the studio.

We got a major glimpse of what is to come in Phase 5 this past weekend at the D23 Expo when several announcements were made, however, there was one that seemingly angered a group of fans.

During the D23 Expo this past weekend, Marvel announced that Israeli actress Shira Haas had been cast as the character Sabra in the upcoming film Captain America: New World Order.

However, the inclusion of Sabra– an Israeli, a mutant, and an agent of the Mossad– has many Palestinian fans upset by the decision.

According to reports from Haaretz, A number of Palestinians on social media say the studio “is engaging in Zionist propaganda.”

“Marvel announcing Sabra as a new character when she’s a Mossad and isr**l propaganda character just one week before the 40th commemoration of the Sabra and Shatila massacre is just… sickening,” Twitter user Aya wrote.

Another user with the handle Demographic Threat shared this about the character:

“Can someone explain to me why they keep using the name Sabra? The first thing pretty much every Palestinian remembers when we read or hear Sabra, is the massacre of Sabra Shatilla, it feels deliberate.”

Others on social media, however, noted that the character first appeared in Marvel comics two years earlier and was named after the sabra plant, which is used to describe native-born Israelis.

Thousands of other Twitter users had similar comments expressing backlash for the decision, but no response from Disney or Marvel has been given as of now.

The film is set to release in 2024. It will star Anthony Mackie as Sam Wilson (Captain America) as Chris Evans (Steve Rogers) passed the shield onto his friend in Avengers: Endgame, as well as Sebastian Stan as Bucky Barnes/The Winter Soldier.

What do you think of this decision? Let us know in the comments.