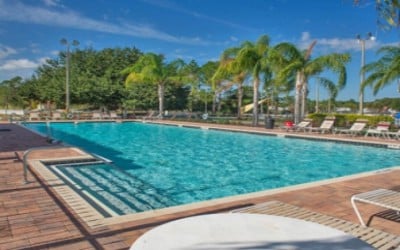 A man was recently charged with two murders, kidnapping, and sexual battery at an Orlando Resort, according to reports.

One of these campgrounds is Thousand Trails Resort, which describes itself as offering “the perfect location near local attractions including the popular Orlando theme parks.”

Just recently, Justin Lamar Jones, from Michigan, was charged with murdering his wife and stepson at the Resort Campground.

Investigators from the Lake County Sheriff’s Office were called around 2 p.m. Wednesday, August 31 to the Thousand Trails Resort, according to WKMG in Orlando. Police said they received a call from a woman who told them she had witnessed a murder.

According to investigators, Jones had killed his wife and then battered his stepson when he arrived back at the campground.

The female who saw the murder unfold was tied up by Jones and sexually battered throughout the day, investigators said.

“The female victim of the sexual battery unfortunately heard this and viewed this as it happened and it’s just horrible all the way around,” Lt. John Herrell said. “(She) reported to the sheriff’s office that she had witnessed a homicide take place in the home, and after that, she was tied up by the suspect and sexually battered throughout the day,” Herrell said.

“This is a tragic situation,” Herrell said. “This is one of the worst ones we’ve heard of in a while.”

Jones was later apprehended in a parking lot on U.S. 27. He is charged with kidnapping, sexual battery, and two counts of first-degree murder.