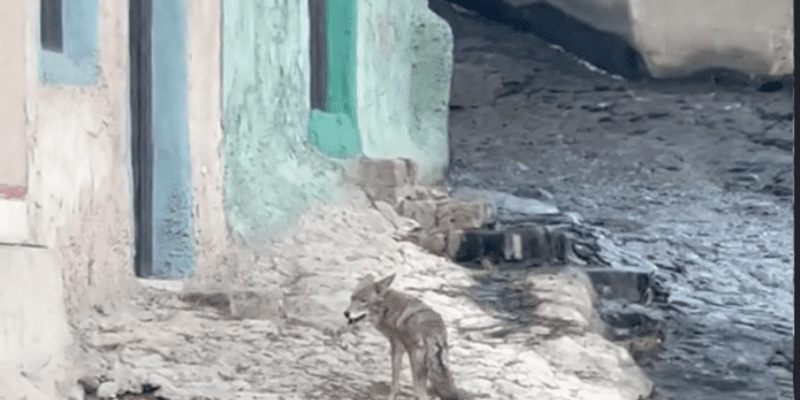 Universal Parks & Resorts are home to many world-class theme parks and much more around the world.

While Universal Orlando Resort is the most popular in terms of visitors each year– housing Universal Studios Florida, Universal’s Islands of Adventure, and currently constructing the Epic Universe– it all was started about 2,5000 miles west at Universal Studios Hollywood.

The most iconic attraction at the California theme park is none other than the World-Famous Studio Tour.

However, Guests recently taking a spin on the Studio Tour were shocked to spot an injured coyote at one of the scenes during the tour.

Went on the studio tour ride and during the flood demonstration there was a real coyote who was hurt luckily he ran into one of the little shelters and we alerted the tour guide so hopefully he got help! #universalstudios #realcoyote#isthisreallife

Went on the studio tour ride and during the flood demostrarion there was a real coyote who was hurt luckily he ran into one of the little shelters and we alerted the tour guide so hopefully he got help! #universalstudios #realcoyote #isthisreallife

As you can see in the video, the tour had gotten to the part where it demonstrated a flash flood, as well as lightning and a thunderstorm. That’s when riders spotted a coyote that was not part of the tour and was clearly injured on the set.

As the flash food started, the coyote made its way to shelter to avoid the intense water and the user shared that they alerted the tour guide to get the poor animal help.

The World-Famous Studio Tour gives Guests the chance to visit 13 city blocks on 400-plus acres of historic studio lot in the largest set construction project in studio history, built with creative consultation from Steven Spielberg himself.

New in 2022, you can now see the original Jupiter’s Claim set from Jordan Peele’s latest horror epic, NOPE, in an exclusive behind-the-scenes look.

Have you ever spotted a wild animal like this at a theme park? Let us know in the comments!