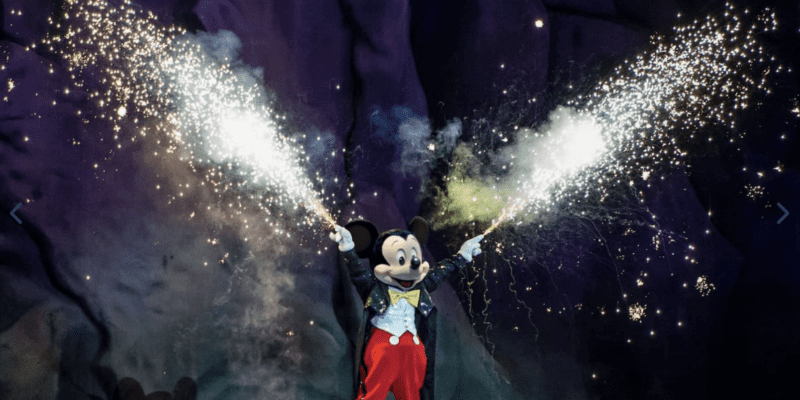 Due to the ongoing COVID-19 pandemic, Disney made the decision to halt nighttime shows, including the fan-favorite Fantasmic!. The good news is that as we continue to move forward, Disney World did eventually confirm that Fantasmic! would return to Disney’s Hollywood Studios sometime in 2022.

Recently, Fantasmic! made major progress, as Guests could see one aspect of the show being tested in the middle of the day.

In a tweet shared by reporter and Disney fan Scot Gustin (@ScottGustin), you can see what appears to be a fountain being tested for the upcoming return of the fan-favorite Fantasmic! show at Disney’s Hollywood Studios.

Fantasmic! fountain testing from earlier today? Or a tribute to the Imagination Pavilion? You decide.

Fantasmic! fountain testing from earlier today? Or a tribute to the Imagination Pavilion? You decide. pic.twitter.com/YRi4fzxt4r

This apparent fountain testing makes sense, as Disney recently confirmed that rehearsals had begun for the nighttime show.

As of the publication of this article, Walt Disney World has not released an official return date for this nighttime spectacular. However, we should be seeing the show return soon, considering the announcement of rehearsals as well as the water fountain being tested today.

Are you looking forward to the return of Fantasmic! at Walt Disney World?