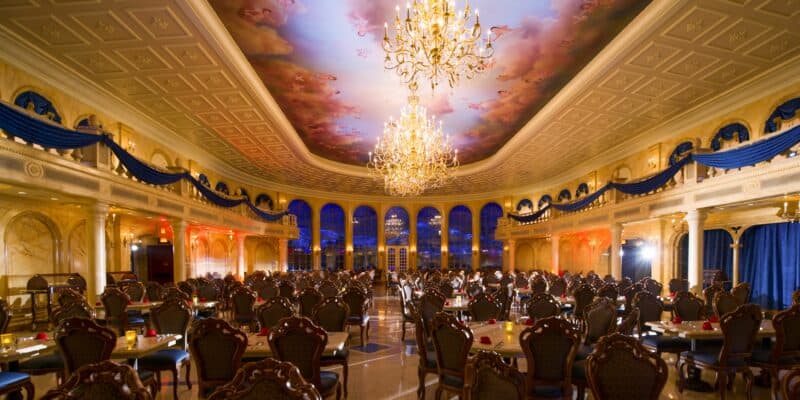 Disney Park Guests visit Magic Kingdom, Disney’s Animal Kingdom, Disney’s Hollywood Studios, and EPCOT to partake in some of the most thrilling and iconic attractions in the world. But, there’s more to visiting Disney World than just experiencing the Haunted Mansion, Pirates of the Caribbean, Guardians of the Galaxy: Cosmic Rewind, Expedition Everest, and Mickey & Minnie’s Runaway Railway.

One of the best experiences for Disney Guests is enjoying the unique Disney food that is offered. Of course, we’re talking about churros, spring rolls, and dole whip, but we’re also talking about the restaurants located in the Parks, as well.

Recently, Guests visiting the Disney restaurant Be Our Guest at Magic Kingdom had to be evacuated after fire alarms began to blare during their meal.

User @adventuresbykennedy shared a video of the evacuation on TikTok.

As you can see in the video, Guests are making their way out of the restaurant as fire alarms go off. It’s unclear at this point if there was an actual fire or if someone may have just pulled the fire alarm.

No matter what the case may be, we can see that the dad in this video is hilariously trying to get his last few bites of food in before exiting the restaurant. Some users in the comments even encouraged him to take his food with him.

Be Our Guest is known for its elegant atmosphere and beautiful sights.

Royal Rooms for Loyal Subjects
Be Our Guest offers 3 meticulously imagineered dining areas, each designed to immerse our Guests in the heartwarming mystery and romance of Beauty and the Beast:

Have you ever been evacuated from a Disney restaurant? Let us know in the comments!