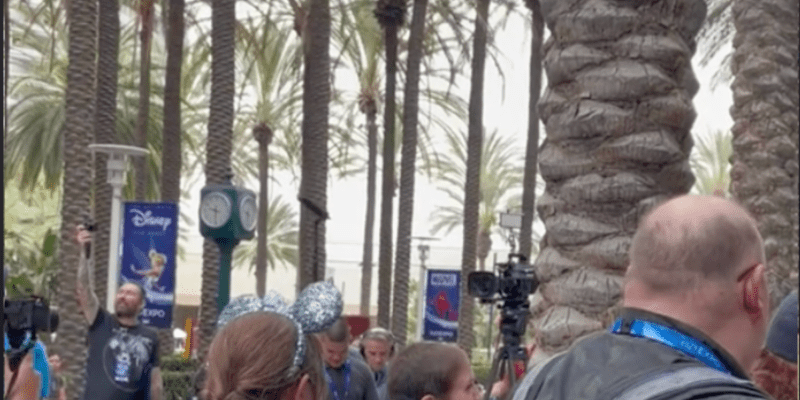 Disney fans are some of the most loyal and passionate anywhere.

From Disney Parks around the world– including Walt Disney World Resort and Disneyland Resort— to meeting beloved characters like Mickey Mouse, Minnie Mouse, and Disney princesses, to keeping up with the latest movies from Disney Pixar, Marvel Studios, Star Wars, and much more, Disney fans have so much to enjoy.

However, just because there is avid fandom and passion doesn’t mean that there aren’t times when tensions arise, especially when fans crowd together at the Disney Parks and at special events, like the D23 Expo in Anaheim, California.

As Guests– who had been arriving since earlier than 5:30 a.m. to get ready for the D23 Expo– waited for doors to open, many began to shout obscenities at workers after being asked to help with a promotional video for Disney.

As you can see in the video, the camera crew wanted to film fans saying “We love D23,” but that’s not what they got. Instead, they received many boos and even were cussed out by fans who were upset that they had not been let in the gates yet.

The D23 Expo was absolutely massive. The event featured many exciting panels that included groundbreaking announcements, as well as exclusive merchandise and collectibles that were available for purchase and much more.

Were you at the D23 Expo this past weekend? Let us know in the comments!