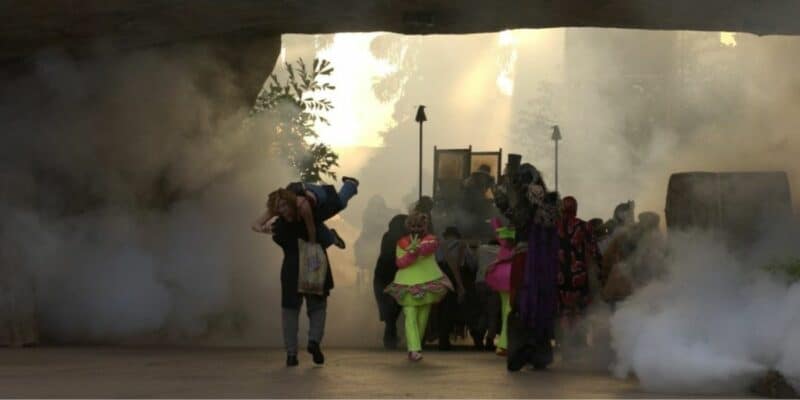 Halloween Horror Nights at Universal Orlando Resort and Universal Studios Hollywood can be too intense for some Guests.

If you’re in the mood for a bit of a laugh, a video has resurfaced from last year’s event in which we can see a Guest running away in terror as they’re being chased by an actor.

Summon your scream squad to Universal Studios Hollywood’s Halloween Horror Nights with 8 haunted houses, the Terror Tram, scare zones, a live show and exhilarating attractions. Whether you’re a superfan, here for the snacks or selfies, scared of everything or skeptical of everyone, remember, never go alone.

Universal Studios Hollywood will have eight haunted houses, plus the return of the Terror Tram.

The event will include Terror Tram Ventures Into the Mind of Jordan Peele, as well as many other exciting experiences including Killer Klowns From Outerspace, Halloween, Universal Monsters: Legends Collide, The Horrors of Blumhouse, and The Weeknd: After Hours Nightmare.

Universal Orlando Resort’s event will have many of the same haunted houses, including Halloween, Universal Monsters: Legends Collide, The Horrors of Blumhouse, and The Weeknd: After Hours Nightmare. The Orlando event will include 10 total haunted houses, five scare zones, and two exciting shows.

If you’d like to purchase tickets to either of the Halloween events, please visit Universal’s official website for more details and information. The event is also taking place in Japan and Singapore.

Will you be attending Halloween Horror Nights this year? Let us know in the comments!