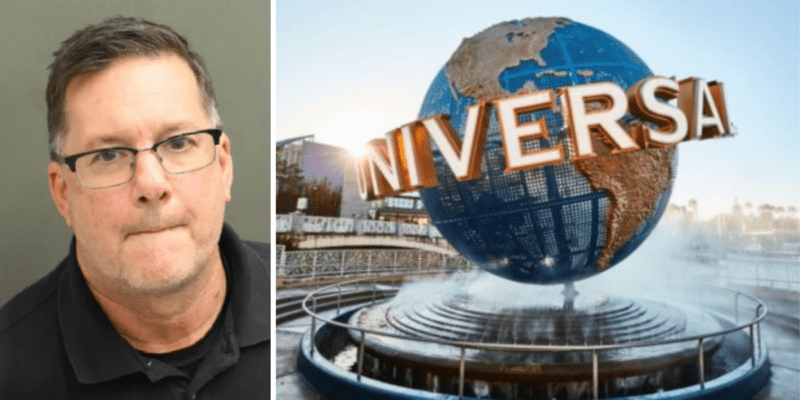 A federal jury convicted former Universal Orlando employee Dennis Lee Line, 51, of Winter Springs on Thursday for trying to meet a minor for sex, according to the U.S. Department of Justice.

Line sent messages to a person on a dating app that he thought was a 15-year-old earlier this year. He arranged to meet the minor and offered to teach them about sex by performing acts on her.

The Department of Justice said Line arranged to meet with the girl in Orange County after his shift at the theme park, however when he arrived, he discovered that the person he had been messaging was actually an undercover police officer, and not a teenager.

Prior to his job at Universal Orlando, Line worked as a high school teacher for 18 years until 2019.

His sentencing is scheduled for November 2, 2022. Line faces a minimum sentence of 10 years up to life in federal prison for his crime.

This isn’t the first instance to occur regarding a theme park employee and an undercover sting. Back in March of this year, four Walt Disney World Resort Cast Members were arrested in an undercover human trafficking sting put on by the Orange County Sheriff’s Department.

Xavier Jackson, 27, was arrested after detectives say he communicated with an undercover detective posing as a 14-year-old girl. During the communication, Jackson sent sexual images and graphic descriptions of what he wanted to do. A warrant was obtained for Jackson for Transmission of Material Harmful to a Minor (3-counts, F3) and Unlawful Use of 2-Way Communication Device (F3). Jackson works as a lifeguard at Disney’s Polynesian Village Resort, one of the Disney Deluxe Resort at Walt Disney World Resort.

No word has been given on what position Line held at Universal Studios.