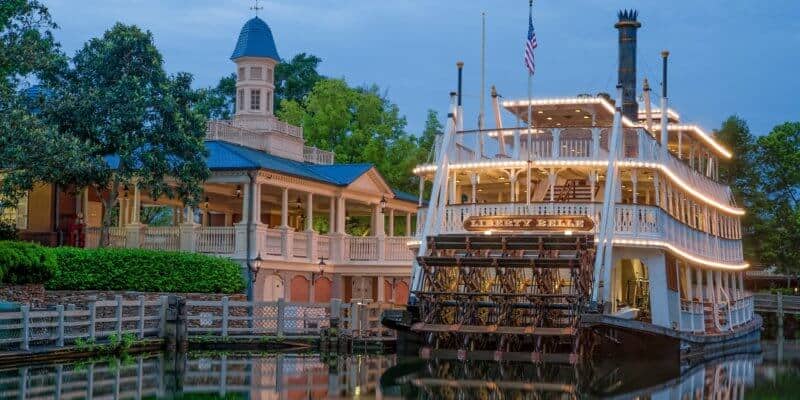 While Disneyland is home to many historical attractions and landmarks like the Haunted Mansion, Pirates of the Caribbean, “it’s a small world,” and of course, Sleeping Beauty Castle, there’s one experience in particular that remains relatively low on most Guests’ radar.

The Mark Twain Riverboat is a very unique experience at Disneyland, taking Guests on a tour where they can “cruise the scenic Rivers of America on a sightseeing tour aboard a majestic 19th-century paddle boat.”

This attraction was a large part of Disneyland’s opening in 1955. While the Mark Twain Riverboat has been around since the opening of Disneyland Park, the Riverboat took its maiden voyage before the park officially opened. According to Disney Wiki Fandom, Walt and Lillian had a party for 300 Guests on the riverboat four days before the theme park opened to celebrate their 30th wedding anniversary.

The attraction has been a staple at the Resort for ages, but recently, the ride got stuck in the water. A video was shared on Twitter which shows the event take place:

Mark Twain stuck in the middle of the river. not sure if an evac happened or this happened during a deadhead.

Mark Twain stuck in the middle of the river. not sure if an evac happened or this happened during a deadhead. pic.twitter.com/nvFQtgXJnU

As you can see, the boat was just stopped in the water for an unknown reason. Eventually, the attraction was fixed, and was able to resume operation. More on the attraction below:

Steam into the Past

Board an old-fashioned steam-powered vessel for a half-mile journey into the heart of the American frontier.

During the charming, 14-minute trip around Pirate’s Lair on Tom Sawyer Island, spot delightful sights along the river’s edge, including:

Along the way, hear lively narration about a time gone by.

Do you enjoy this Disneyland attraction?

Comments Off on Iconic Disneyland Riverboat Gets Stuck in the Water