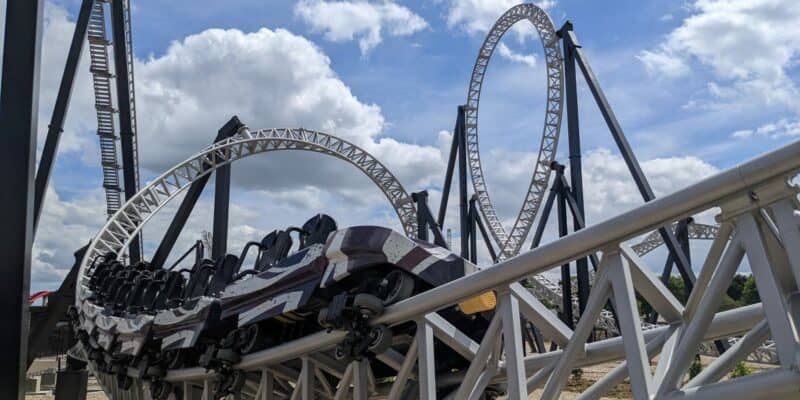 After years of delays and high anticipation, this massive theme park is finally celebrating the official opening of its thrilling new roller coaster!

Flamingo Land is finally opening Sik, the Park’s newest roller coaster, and celebrating the occasion, six of the most popular rides in the Park will operate for extended hours today. The rides Guests will be able to experience the thrilling roller coasters Kumali, Hero, Velocity, and Mambo Jumbo, as well as Cliff Hanger, the Park’s drop attraction.

The announcement was made through the Park’s Twitter account (@flamingolanduk), stating that “The Big Six” will be open until 7 pm on July 2.

To celebrate the launch of our new ride SIK, on Saturday the 2nd of July, the big six rides including SIK, will be open for you to enjoy until 7 pm!

Don’t miss out on the best day out this Summer at Flamingo Land!

To celebrate the launch of our new ride SIK, on Saturday the 2nd of July, the big six rides including SIK, will be open for you to enjoy until 7 pm!

Flamingo Land is usually open from 10 am to 5 pm, giving Guests the chance to experience “The Big Six” for two extra hours, adding thrills and excitement to their visit to the North Yorkshire Park in England.

We previously reported on the hilarious incident that occurred while the Park was running tests on the Park’s newest coaster, with water dummies flying through the air as the trains reached the final inversions of the track.

Sik, initially rumored to be called Inversion, was originally scheduled to open in 2020, but the attraction was delayed due to the COVID-19 pandemic and pushed back until summer 2022. The nearly £20 million thrill ride will feature ten inversions through over 2800 feet of track, reaching speeds of over 50 miles per hour and taking 24 daring Guests on a 108 feet high journey.

This new thrilling attraction is described by the Park’s official website as follows:

Experience five different types of inversion including an enormous 25M loop, a Cobra Roll, a Corkscrew and a dizzying five heart-line rolls!

Following the hilarious malfunction, Flamingo Land released an official POV video of the Park’s newest attraction, showing the thrilling dips and inversions Guests will experience while riding Sik. You can see the video below or click here to watch it.

The Park is also home to a zoo with over sixty species of animals, between mammals, farm animals, birds, reptiles, amphibians, and fish. Flamingo Land’s zoo also offers some exclusive animal interactions and experiences, as well as educational activities and talks.

Would you ride Sik at Flamingo Land? Let us know in the comments below!