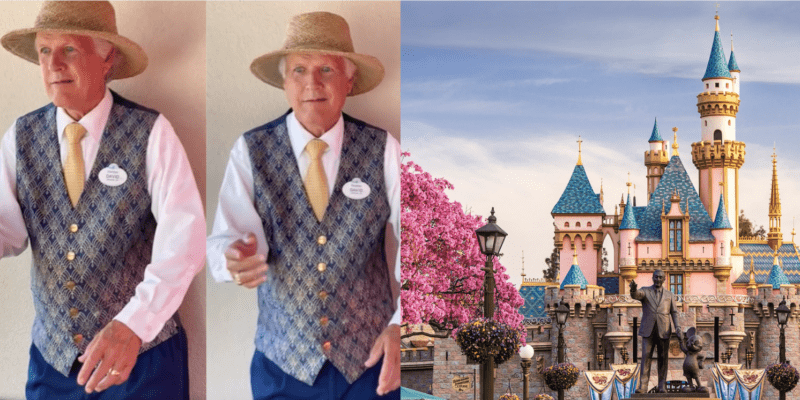 Disney Cast Members make the magic happen at Disneyland Resort. The Happiest Place On Earth wouldn’t be the same without the thousands of passionate employees that bring the Disney Parks to life.

A recent visitor to Disney California Adventure encountered a Cast Member that created a lifelong memory for them in just a few moments! u/crherrick shared a video of a Disney Park Cast Member named David pretending to be a statue and then spooking the Guests by moving suddenly:

Anyone else have a run in with David, the CM statue? from Disneyland

The Guests joyfully laugh and scream before the video ends. The Guest said they wouldn’t be surprised if David is a “famous” Cast Member.

“This was outside Philharmagic a couple weeks ago. Video doesn’t do his act justice,” u/crherrick wrote. “Wife didn’t start filming until at least a few minutes after we saw him and he was in that pose alone when we first got there. Honestly can’t remember the last street performer I saw who did it better.”

According to the Guest, David stayed in that position for minutes just to get a convincing stare! That’s some dedication to making magic.

Mickey’s Philharmagic is a 3D movie in Hollywood Land at Disney California Adventure that also has homes in Magic Kingdom at Walt Disney World Resort and around the world. From Disney:

Immerse yourself in the wonder of Disney animation and music when you experience this 12-minute, 3D movie starring Donald Duck.

A Cinematic Concert for the Eyes and Ears

Head over to the Sunset Showcase Theater in Hollywood Land to catch this spectacular 3D fantasy adventure featuring many beloved Disney characters!

As the lights dim, we find Donald Duck fast asleep. Mickey Mouse appears with music in hand and wakes Donald before rushing offstage to ready the show. As Donald warms up the orchestra, he spots the conductor’s baton and Mickey’s Sorcerer’s Hat. Deciding to try his hand at conducting the concert, he’s suddenly plunged into a 3D dream world of classic Disney animated musical sequences.

Iconic Songs in Unforgettable Settings
Experience “Be Our Guest” from Beauty and the Beast, “Part of Your World” from The Little Mermaid, “I Just Can’t Wait To Be King” from The Lion King and “You Can Fly” from Peter Pan—plus many more—presented for the first time in stunning 3D.

Some Very Special Effects
In addition to 3D, Mickey’s PhilharMagic features child friendly, in-house special effects throughout the presentation. These effects, created to further immerse you in the adventure, include light splashes of water and other fun surprises.

Has a Cast Member ever made your day at Disneyland Park or Disney California Adventure more magical?