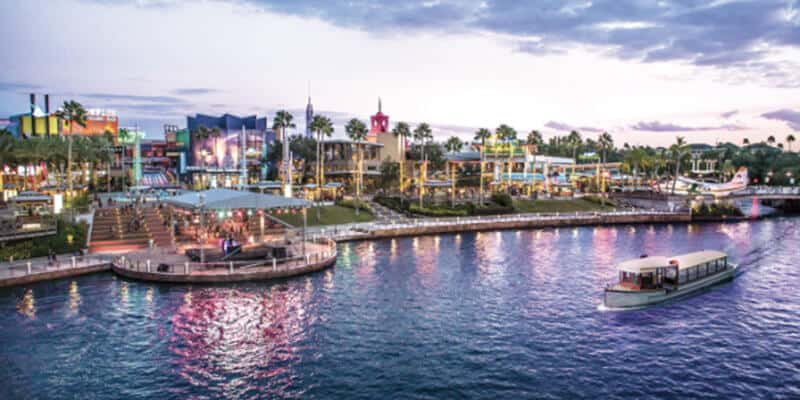 Guests visiting Universal Studios in Orlando may notice a popular restaurant is looking quite different.

Many Guests have also found a lot of fun to be had at Universal’s CityWalk, a collection of shops, restaurants, and entertainment. However, one restaurant may look a little different for a few months.

As you can see below in a tweet from Inside Universal (@insideuniversal), Jimmy Buffet’s Margaritaville is currently undergoing some construction:

Margaritaville is currently undergoing interior renovations at CityWalk Orlando, with the main dining room closed off; expected to be completed around August. The restaurant will remain open during the renovation.

Margaritaville is currently undergoing interior renovations at CityWalk Orlando, with the main dining room closed off; expected to be completed around August. The restaurant will remain open during the renovation. pic.twitter.com/Pa9lj5YLHt

Universal recently announced a few new experiences coming to CityWalk, specifically with escape rooms. Details have not been announced as of yet for the new offering, but Universal did announce that the escape room is set to open this fall. The attraction will take over the space previously held by the popular nightclub The Groove.

In addition to the new escape room, Universal’s CityWalk is also full of world-class restaurants, shops, nightclubs, a movie theater, a mini-golf course, and much more.

Sail on Over to the Lone Palm Airport

Want to live the lifestyle a bit longer? Head next door to sip drinks, munch on quick eats, and chat beneath the wings of Jimmy Buffett’s very own seaplane, the Hemisphere Dancer.

What’s your favorite thing to do at CityWalk?

Comments Off on Universal Studios Closes Part of Restaurant During Construction