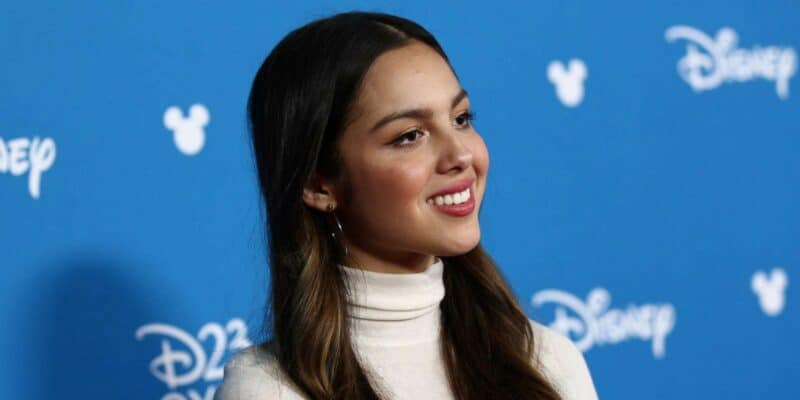 Is Olivia Rodrigo on her way out of Disney?

Olivia Rodrigo, who has become a chart-topping sensation with hits like “good 4 u,” “drivers license,” “deja vu,” “happier,” and “traitor,” which were all included on her 2021 album Sour, got her start with Disney acting on Bizaardvark Short before becoming one of the leading actresses on High School Musical: The Musical: The Series in 2019.

Rodrigo has starred as Nini in the hit series for its first two seasons and the third season is set to debut on Disney+ on July 27.

While Rodrigo confirmed a couple of months back that she would be returning for the third season of the series, Disney fans have wondered in what capacity she will be involved going forward.

Disney announced earlier this year that five actors were set to join the cast for the third season of the Disney+ series, including including Disney Channel alums Corbin Bleu (High School Musical franchise), Meg Donnelly (Zombies franchise), and Jason Earles (Hannah Montana) in guest-starring roles, along with two series regulars: newcomer Adrian Lyles and Saylor Bell (Disney Channel’s I Didn’t Do It).

However, in the most recent teaser for the show put out by Disney+, we can see series regulars on the poster and no Olivia Rodrigo is found.

Look at these summer camp CUTIES. #HSMTMTS season 3 is coming to #DisneyPlus on July 27! (1/3)

Look at these these summer camp CUTIES. 🤩#HSMTMTS season 3 is coming to #DisneyPlus on July 27! (1/3) pic.twitter.com/cpJjnMRhLh

Instead of Rodrigo, we can see Meg Donnelly in the poster. Donnelly, who is known for her role in Disney’s ZOMBIES franchise and ABC’s hit comedy series American Housewife, stars as Val in the show, a confident and funny college student and longtime camper-turned-counselor-in-training, who is ready to choreograph the summer production of Frozen.

In addition watching High School Musical: The Musical: The Series, you can also watch Olivia Rodrigo: driving home 2 u, a biography on Disney+.

Do you think Olivia Rodrigo’s run with Disney is coming to an end? Let us know in the comments!