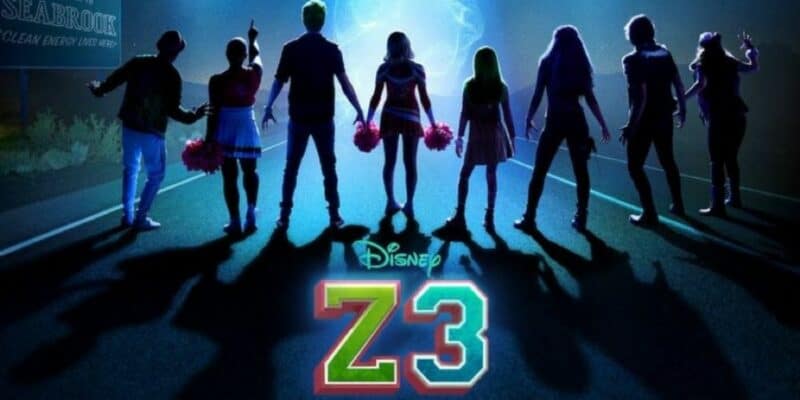 Beam me up…. Zed! The long-awaited trilogy conclusion to the Zombies series has just gotten a release date for 2022. Following Addison and Zed’s adventure through Seabrook high, the Zombies franchise is nearly as popular as Descendants among similar age groups. Naturally, the Zombies 3 release date has been a topic hotter than Seabrook’s prom.

The mighty shrimp of Seabrook high most certainly needed to understand empathy and acceptance as the population of the school expanded to include the previously segmented zombies, and later in Zombies 2, the werewolves that Addison assumed she was a part of. The tag lines of Zombies 3 shares more details about the upcoming plot, “In the monster-plagued town of Seabrook, the local high school has three separate cliques: Cheerleaders, Zombies, and Werewolves. When alien tweens arrive to bring peace, they find instead the Earth-like disharmony begins to infect them.”

It looks like Addison (Meg Donnelly) and Zed (Milo Manheim) ought to roll out the welcome carpet for the new visitors. Zombies 3 officially debuts on Disney+ on July 15, 2022, but fans will have to be patient for an additional “Special edition” of the film PLUS a new music track that will drop on August 12, 2022, exclusively on the Disney Channel.

“DGA Award-winner and franchise director [is] Paul Hoen back in the saddle, continuing the story of Zed (Mannheim) and Addison (Donnelly) as they enter their senior year of high school at Seabrook High. Since the first film, the once human-exclusive town of Seabrook has become a safe haven and melting pot for humans and monsters. Zed hopes to make history as the first zombie to ever attend college with the help of an athletic scholarship just as Addison is prepping for the first international cheer-off in Seabrook’s history. The friendly competitions come to a halt with the arrival of aliens, threatening the peaceful town once more. “

Zombies 3 releases on Disney+ on July 15. Check out the clip below of DCOM stars, Mannheim and Donnelly, discussing the premiere date.

While the first film only has a Rotten Tomatoes score of 53%, the sequel, Zombies 2, currently holds a 100% rating. Let’s hope Disney’s third attempt within the franchise is an “out of the world” score!

Will you be in the home audience for the Zombies 3 premiere? Leave us a comment below!