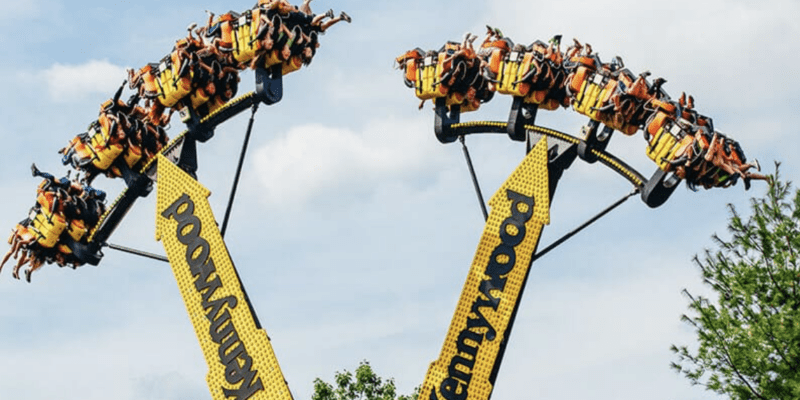 A popular theme park experienced some technical difficulties on an intense ride.

Kennywood, located in Pittsburgh, Pennsylvania, is known for its thrilling attractions and offerings that bring in Guests from all over the state and surrounding areas.

However, a trip on the ride Aero 360 on Monday left Guests in a situation they certainly weren’t expecting.

According to CBS News, the attraction got stuck mid-ride and Guests were left hanging upside down as a crowd of people watched on. General Manager Mark Pauls said the ride was “quickly” brought back to its “designated rest position,” but did not indicate how long the riders were suspended upside down.

Medical professionals evaluated the riders and three were sent to the First Aid center as a precaution.

Kennywood released the following statement on the incident:

Maintenance staff responded, quickly brought the ride back to its designated rest position, and safely evacuated the riders.

First Aid staff met with the guests, with three briefly visiting the First Aid Center as a precaution before being released back into the park.

Safety is our first and foremost priority. The ride remains closed while a review of the incident is conducted.

The arrow points to thrills!

With legs dangling, riders swing back and forth attached to a familiar yellow symbol—the Kennywood Arrow! The arrows swing higher and higher with each pendulum motion, culminating in a 360 degree over-the-top experience.

No matter which theme park, whether it be a Disney Park at Walt Disney World Resort or Disneyland Resort, or Universal Orlando Resort, Universal Studios Hollywood, Busch Gardens, SeaWorld, Six Flags, Cedar Fair, or any others, there is a heightened awareness surrounding ride malfunctions currently following the tragedy that unfolded at ICON Park where 14-year-old Tyre Sampson tragically fell to his death while aboard the Orlando FreeFall.

The tragedy has caused lawmakers and theme parks alike to take a look at policies to ensure Guest safety.