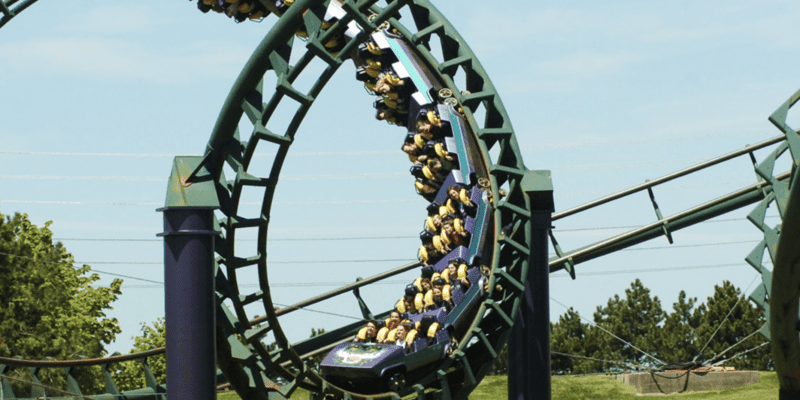 A visit to a theme park is something that can be fun for the whole family.

No matter where you’re visiting– whether it be Walt Disney World Resort, Disneyland Resort, Universal Orlando Resort, Universal Studios Hollywood, Busch Gardens, SeaWorld, Six Flags, Cedar Point, any Cedar Fair property, or anywhere else– you’re sure to have a time that will absolutely leave you with lasting memories.

One of the most frustrating problems that theme park goers constantly struggle with, however, is line jumping.

For example, at Disney World, many Disney Park Guests have reported that line jumping has gotten even worse recently. In some cases at theme parks, line jumping has even led to verbal and physical fights.

Recently, a Reddit user shared an experience while visiting Canada’s Wonderland. The user explains that they didn’t let a group of kids go in front of them while in the line queue and the children were encouraged and even applauded after hopping a fence to go around them. This happened at Wonder Mountain’s Guardian.

“Very early in the WMG queue, some kids asked me and my group to let them through so they could ‘meet up with friends who got their ahead of them’. Having already experienced lots of line cutters this trip, we didn’t let them pass,” User U/Fiender said. “To be clear, we did not raise our voices at these kids or anything like that. They asked. We said no, then ignored their repeated requests. At some point, the kids hopped a fence in the queue, and the nearby people clapped their hands. I also never saw any other kids or other friends, but I don’t feel like that matters. Even if their friends WERE in line, they should either have gone backwards to meet with the later group, or have waited to get on together.”

Theme parks have rules against line jumping and breaking these rules can have consequences of being sent to the back of the line or even being escorted out of the theme park depending on the severity of the confrontations that take place during the incident.

This innovative ride provides a new dimension of thrills: combining the excitement of a roller coaster and an interactive gaming experience!

Canada’s Wonderland is located in Ontario and is home to many thrilling attractions, including Yukon Striker, Leviathan, and Behemoth. The Park’s parent company is Cedar Fair Entertainment, which owns and operates 12 sites in the U.S. and Canada. Annually, Cedar Fair welcomes approximately 28 million Guests and generates revenues of more than $1.3 billion.