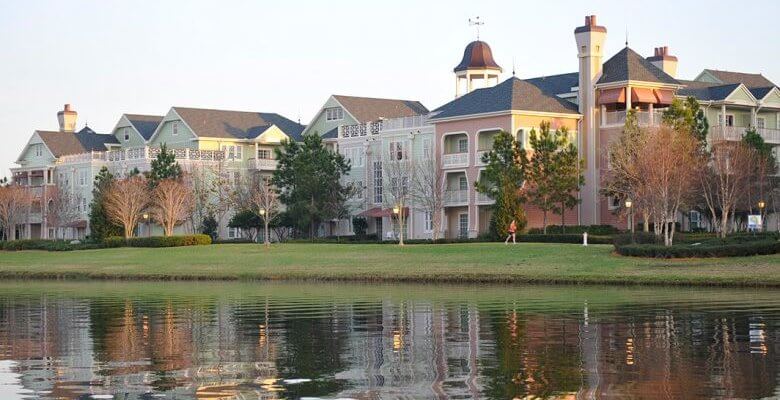 Of course, Disney Park Guests make their way to Magic Kingdom, EPCOT, Disney’s Hollywood Studios, and Disney’s Animal Kingdom each day, but there is also more magic to experience in Walt Disney World Resorts, as well.

Disney hotels are uniquely-themed and offer Guests an opportunity to immerse themselves in the magic from the moment they wake up in the morning to when they fall asleep at night.

However, a recent experience at a Disney Resort left Guests scurrying from their rooms.

User @peaceinmagic shared a video on TikTok of Guests being evacuated from Disney’s Saratoga Springs Resort & Spa at 1:50 a.m. after a fire alarm forced everyone to leave the building.

The exact details of the incident have not been disclosed and the user says it may have been from someone taking a “light night steamy shower.” No matter what set the fire alarm off, the fire department was dispatched to the scene and ensured everyone’s safety.

You can experience many iconic attractions while visiting Walt Disney World Resort, including Haunted Mansion, Pirates of the Caribbean, Space Mountain, Splash Mountain, and Jungle Cruise at Magic Kingdom; Star Wars: Rise of the Resistance, Millennium Falcon: Smugglers Run, Toy Story Mania, Mickey & Minnie’s Runaway Railway, and Twilight Zone Tower of Terror at Disney’s Hollywood Studios; Kilimanjaro Safaris, Kali River Rapids, Expedition Everest, and Avatar Flight of Passage in Pandora at Disney’s Animal Kingdom; and Remy’s Ratatouille Adventure, Frozen Ever After, Soarin’ Around The World, Test Track, and Spaceship Earth in EPCOT. Outside of attractions, enjoy a Dole Whip and a churro while taking in all the sights and sounds of being at a Disney Park or Disney Resort!

Have you ever experienced an incident like this at a Disney Resort? Let us know in the comments!

Comments Off on Disney Guests Evacuated From Resort After Fire Scare