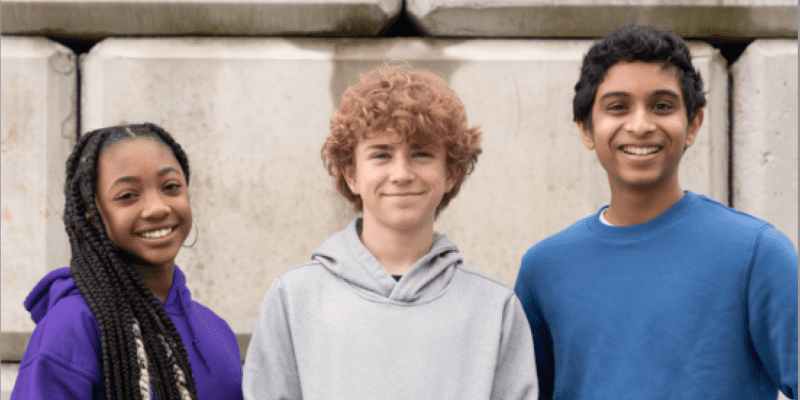 Percy Jackson and the Olympians, the Disney+ series based on Rick Riordan’s beloved Young-Adult novels, started pre-production in 2020 and was officially green-lit this January. Though it doesn’t have an official release date yet, fans have been celebrating recent announcements about the series, including casting.

Fans first found out that Walker Scobell would portray their beloved Percy Jackson. This week, the latest announcement came when Rick Riordan surprised fans on his blog. The leading trio was complete, with Leah Sava’ Jeffries as Annabeth Chase and Aryan Simhadri as Grover Underwood.

Fan reaction to this casting was overwhelmingly positive, but a vocal minority began an outcry against one particular casting: Leah Sava’ Jeffries as Annabeth Chase. 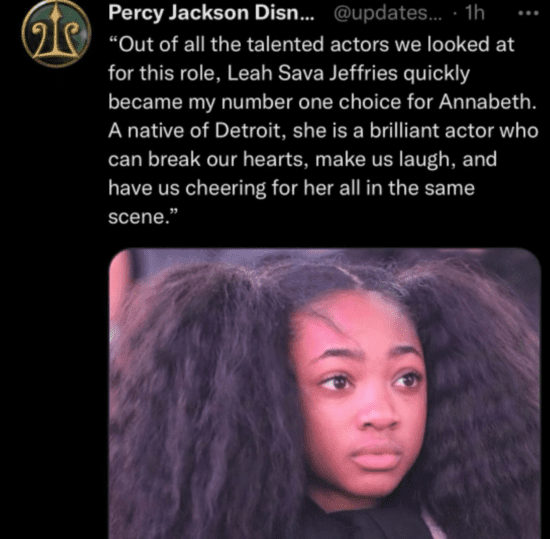 In Rick Riordan’s book series, Percy Jackson and the Olympians, Annabeth Chase is white. Jeffries is Black. Most fans celebrated this inclusive casting, but many unleashed racist harassment on the young actress.

Despite being just a teenager, Jeffries has an impressive acting resume, having been a series regular in Rel (2018-2019) on FOX and a frequent guest star on FOX’s Empire (2015).

Rick Riordan quickly took to his blog to express support for Jeffries, writing that he felt she was the perfect fit for Annabeth:

I was quite clear a year ago, when we announced our first open casting, that we would be following Disney’s company policy on nondiscrimination: We are committed to diverse, inclusive casting. For every role, please submit qualified performers, without regard to disability, gender, race and ethnicity, age, color, national origin, sexual orientation, gender identity or any other basis prohibited by law. We did that. The casting process was long, intense, massive and exhaustive.

I have been clear, as the author, that I was looking for the best actors to inhabit and bring to life the personalities of these characters, and that physical appearance was secondary for me. We did that.  We took a year to do this process thoroughly and find the best of the best. This trio is the best. Leah Jeffries is Annabeth Chase.

He continued, expressing disappointment and shame in those who were harassing teenage Jeffries:

You are judging her appropriateness for this role solely and exclusively on how she looks. She is a Black girl playing someone who was described in the books as white.

Friends, that is racism.

Riordan commended Leah and the Jeffries family for their strength in this time, but demanded that the harassment stop:

If you have a problem with this casting, however, take it up with me. You have no one else to blame. Whatever else you take from this post, we should be able to agree that bullying and harassing a child online is inexcusably wrong. As strong as Leah is, as much as we have discussed the potential for this kind of reaction and the intense pressure this role will bring, the negative comments she has received online are out of line. They need to stop. Now.

Thousands of fans voiced their support for Jeffries with a hashtag: #LeahisOurAnnabeth, which trended this week on Twitter.

Just yesterday, Cartoon Network released a statement of support for Leah Sava’ Jeffries, in a rare move considering that Disney is a direct competitor. They wrote:

When we see bullying, we speak up. We can’t wait to see @LeahSavJeffries as #Annabeth 💙

Are you excited for Percy Jackson and The Olympians on Disney+? Let us know in the comments!