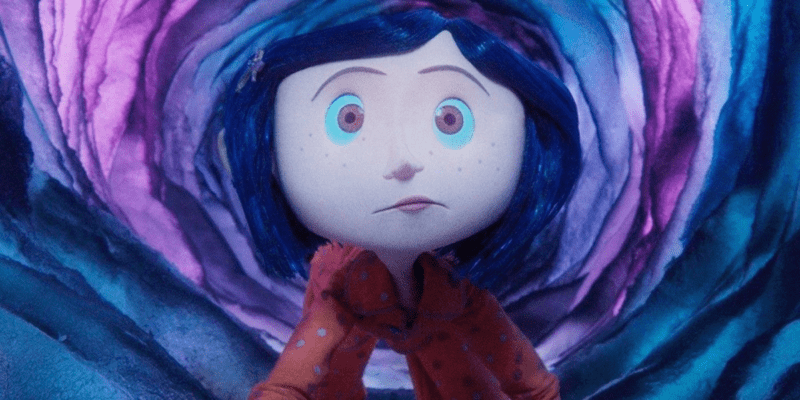 The world of animation is changing forever, with various studios shutting down their departments entirely. Like the beloved Laika Studios, others go down a dark path that no one expected.

Laika Studios shocked the cinematic world with its groundbreaking Coraline (2009), the $60 million stop-motion animation that terrified every child with its horrifying themes with “Other Mother” (Teri Hatcher) but knocked the socks off of critics and the box office, grossing over $125 million.

According to Laika, Coraline:

Wandering her rambling old house in her boring new town, Coraline (Dakota Fanning) discovers a hidden door to a fantasy version of her life. In order to stay in the fantasy, she must make a frighteningly real sacrifice.

Laika is single-handily keeping the stop-motion animation world alive with other breakthrough movies such as Paranorman (2012), Kubo and the Two Strings (2016), and Golden Globe winner Missing Link (2019).

While Laika Studios has unfortunately been able to turn a profit on its recent films, the production company still stands out as one of the flagship animation studios in the world.

For a turn of events, Laika gives the first look at its upcoming film, The Night Gardener, a “gritty neo-noir folktale”:

Out of the left-field, Laika Studios is going into a darker genre of filmmaking, sharing the blood-filled first look at its upcoming The Night Gardner movie.

Ozark creator Bill Dubuque has set one of his next projects to follow his hit Netflix drama, which comes to an end with the second part of its final season on April 29: He will pen an original screenplay for The Night Gardener, described as an ambitious stop-motion animated movie from the studio behind Coraline, ParaNorman, The Boxtrolls, Kubo and the Two Strings, and Missing Link.

LAIKA calls the new film “a gritty neo-noir folktale centered on a young man in rural Missouri fighting to keep his family together in the wake of a tragedy.” It also promises to “paint an unflinching portrait of sacrifice, self-reliance, and revenge.”

Given that Laika has stuck with a family-friendly focus on movies like The Boxtrolls (2014), it’s clear that the Oregon-based animators are tapping into a new market, one that’s focused on darker films in this noir-revolutionized cinematic culture.

At LAIKA, our films are born in imagination, shaped into stories, and crafted by passionate artists who give life to unforgettable characters. Founded in 2005 and located just outside Portland, Oregon, LAIKA’s five films were all nominated for Oscars® and PGA Awards for Outstanding Animated Film.

With legendary directors such as Henry Selick (The Nightmare Before Christmas, James and the Giant Peach), as well as big-name actors like Charlize Theron, Dakota Fanning, Elle Fanning, Simon Pegg, Dee Bradley Baker, and John Goodman, Laika remains one of the most recognized animation studios in the world.

How do you feel about Laika’s violent new movie? Let us know in the comments below!