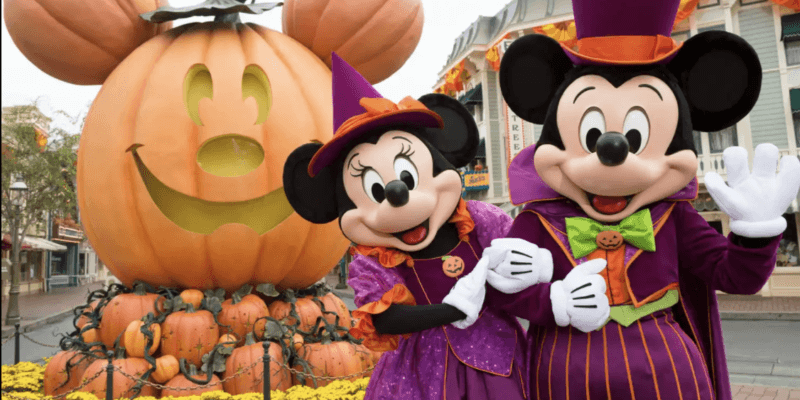 If you love spooky season, you’re going to love this week at Walt Disney World Resort and Disneyland Resort.

We’ve officially reached the halfway point to the countdown to Halloween and, as a result, Disney Parks has revealed that several announcements will be coming over the course of this week, including announcements about the upcoming season that “you won’t want to miss” on Thursday.

The first of a cauldron full of #HalfwaytoHalloween surprises will materialize later this morning from the kitchens of Disney Parks. Disney is unearthing some dreadfully delicious Halloween-inspired eats and treats at Walt Disney World Resort and Disneyland Resort. And then, less than 24 hours later, we’ll be digging up another early must-see treat with a hauntingly helpful Halloween-themed At-Home Planning Guide.

On Wednesday, there’s more to come during a special @DisneyParks Twitter Watch Party featuring a favorite film of the Halloween season on Disney+ (which you may be able to guess from our bewitching Blog theme). Bring your favorite snacks and join us live on Twitter on April 27 beginning at 8 p.m. ET/5 p.m. PT.  We’ll also be sharing new Disney Halloween-inspired digital wallpaper art earlier in the day- created especially for the occasion.

During the big, daylong #HalfwaytoHalloween celebration on Thursday, it’s nothing but treats as Disney shares several frightfully fantastic Disney Parks Halloween and other spooky announcements that you won’t want to miss. And Disney Parks will also be your ghost host for a first-of-its-kind @DisneyParks TikTok Live beginning Thursday at 10 p.m. ET/7 p.m. PT.  It’ll be the first time being live from multiple Disney Parks locations including Disney Cruise Line featuring some fa-boo-lous surprises.  You can also expect some mummy-approved “shriek peek” surprises, a new Hocus Pocus Sanderson Sisters-inspired look for all of our Disney Parks channels, and much more.

During the #HalfwaytoHalloween celebration on Thursday, April 28, Disney is also inviting Disney Park Guests to Disney bound in outfits inspired by their favorite Disney Halloween character, film, attraction, or theme – costumes are not allowed, and please follow the attire guidelines at each Disney Resort location.

As many of you know, Disney bounding is all about creativity and can include accessories, color schemes, and patterns that highlight your Disney Halloween favorites – and we’d love to see all of your different styles. Looking for some Disney bounding inspiration? Check out Disney Bound – Dress Disney and Make It Fashion by Leslie Kay from Disney Books.

What do you think of the spooky announcements coming this week? Let us know in the comments!