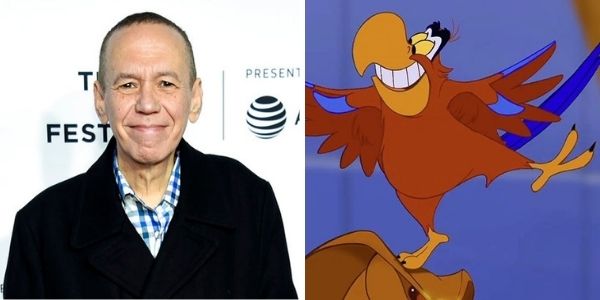 We are deeply saddened to report that a beloved and iconic Disney actor has recently passed away.

Related: Couple Gets Married in Middle of Magic Kingdom Crowds, Signs License on Trash Can

It was just announced that Gilbert Gottfried, the voice behind Iago from Disney’s Aladdin has just passed away. The actor’s passing was announced on his official Twitter account (@RealGilbert) which you can see below:

In the post, it is stated that the actor passed away due to a “long illness” that he had but the illness was not specified in the post. Gottfried was 67 at the time of his passing.

Gilbert Gottfried was a voice actor, talent, and comedian who offered hilarious jokes that were complimented by his unique wit and incredibly distinct and harsh voice. His other roles include Aladdin (1992), Problem Child (1990), Thumbelina (1994) as well as starring in several Comedy Central Roasts.

Possibly Gottfried’s most famous and world-reaching role was that of the bright red Iago from Disney’s Aladdin. The bird with a temper, Iago entertained many children when the film first came out and has continued to be an iconic Disney character both in terms of Disney entertainment as well as inside the Disney Parks and Resorts. More on Disney’s Aladdin (1992)below:

Aladdin is a lovable street urchin who meets Princess Jasmine, the beautiful daughter of the sultan of Agrabah. While visiting her exotic palace, Aladdin stumbles upon a magic oil lamp that unleashes a powerful, wisecracking, larger-than-life genie. As Aladdin and the genie start to become friends, they must soon embark on a dangerous mission to stop the evil sorcerer Jafar from overthrowing young Jasmine’s kingdom.

We are deeply saddened by this actor’s passing. What were your favorite roles that Gottfried took on?