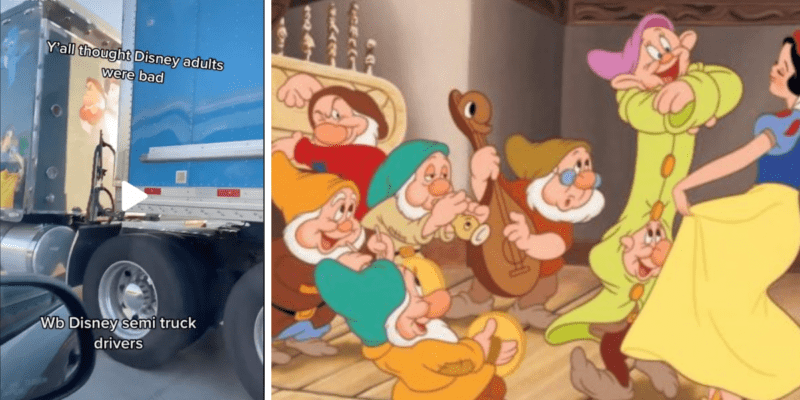 There’s a different level of passion when it comes to Disney fandom.

Disney adults don’t just know all the lines from the classic movies or recognize the characters from popular TV shows, they are completely and totally engulfed in the magic 24/7.

They know the history of Disneyland Resort and Walt Disney World Resort and they look to visit the Disney Parks as often as they possibly can because there’s just a certain level of magic that simply can’t be experienced elsewhere.

In addition to the love they have for the Disney Parks and entertainment, Disney adults are also known for their collection of all things Disney– including characters like Mickey Mouse & Minnie Mouse, or even fantastic movie franchises like Star Wars that aren’t even necessarily Disney-branded– that reside in both their living quarters and workspaces.

However, one recent video of a clearly passionate Disney fan might give a whole new meaning to “just whistling while you work.”

TikTok user @lauren171717 posted a video driving through town and as they passed a semi-truck, it wasn’t hard to tell they were next to a Disney fan.

As you can see in the video, the semi-truck is decked out with stickers from the classic movie Snow White and the Seven Dwarfs (1937). All the main characters made it onto the truck and we couldn’t be more impressed. What a unique way to keep the magic alive while working!

Disney is currently in the midst of creating a live-action Snow White, which will star Rachel Zegler as the princess. Zegler is known for her starring role in Steven Spielberg’s West Side Story (2021) and she will join Gal Gadot (Evil Queen) for the movie that is expected to be released in 2023.

What do you think of this fun Snow White-themed truck? Let us know in the comments!