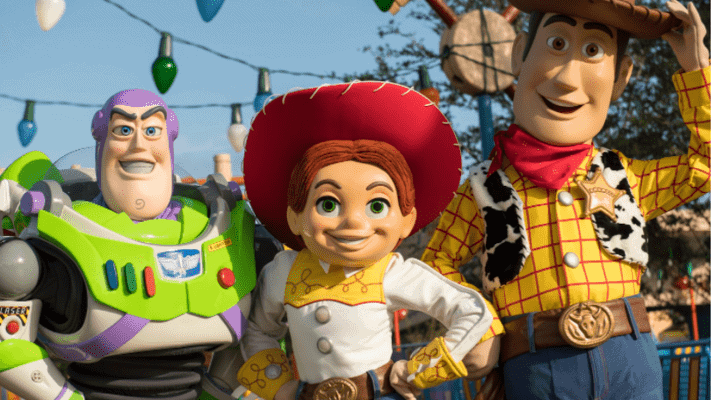 One of the ways that Guests of Walt Disney World Resort and Disneyland Resort immerse themselves in the magic is through character meet-and-greets.

Though Walt Disney World Resort and Disneyland Resort are currently still only offering distanced meet-and-greets with characters, Guests who visit the Parks still have an opportunity to interact with their favorite Disney princesses, Pixar icons, superheroes, and many more.

Because these meet-and-greets aren’t planned and every interaction is different, sometimes hilarious incidents occur.

TikTok user @tenorbuds recently posted a video that has since gotten more than 7.5 million views and over 283,000 likes.

This is why you never put Jessie in a box.

As seen in the video above, Jessie runs out to her post and completely dodges a young Disney Guest’s attempted hug. She then hugs Buzz Lightyear before turning around and seemingly realizing what had occurred.

Of course, though the video was shared just five days ago, this is likely an older incident because characters at Disney aren’t hugging and, typically, there have been barriers or ropes of some kind to separate Disney World Guests from the Disney characters.

In addition, meeting the toys at Toy Story Land in Disney’s Hollywood Studios has not returned at this time, but Disney has reopened many other character meet-and-greets with more expected to return in the future. Disney World also recently announced an all-new character cavalcade that will begin this month at Magic Kingdom.

What has your experience been like with Disney characters at Walt Disney World Resort?