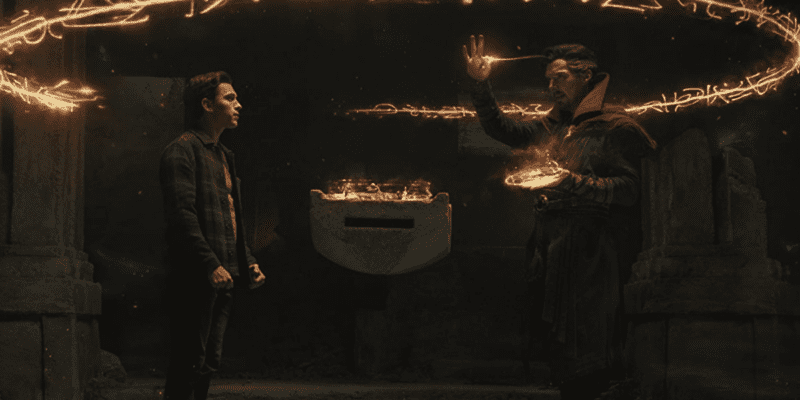 When will Spider-Man: No Way Home (2021) be available to stream at home? New details about the blockbuster film’s digital release have been announced — and Spidey fans can pre-order today!

Related: When is ‘Spider-Man: No Way Home’ Coming to Disney+?

Spider-Man: No Way Home continues to break box office records, even as Omicron and pandemic concerns persist. From Marvel Studios and Sony Pictures, No Way Home has a North American haul that now hovers around the $668 million mark. No Way Home has swung into the top ten biggest domestic films of all time — recently surpassing Jurassic World (2015) and Titanic (1997). Tom Holland’s latest effort as Peter Parker is next expected to overtake Avengers: Infinty War (2018) on the all-time domestic earner charts.

The film will soon be available for purchase via digital platforms for the very few people on the planet who have yet to see Tom Holland’s Peter Parker share the screen with Sony Spider-Men Tobey Maguire and Andrew Garfield.

Digital video store Vudu has announced that Spider-Man: No Way Home will be available for purchase on February 28, 2022. Fans can pre-order their digital copy today in SD, HDX, or UHD for $19.99. The film is also expected to be available on that date on other digital movie retailers like Amazon Prime Video, Apple TV, and Google Play.

As for when audiences can expect to stream the movie for free on their favorite subscription platform like Disney+ — that’s a bit more unclear. The rather complicated terms of the streaming rights agreement between Disney and Sony will likely see No Way Home appear on rival streamer Netflix before it reaches Disney+ — and this only after a healthy digital purchase window for the film. Unless Doctor Strange makes Netflix forget their deal with Sony, it may be years before Disney+ subscribers can expect to see the latest Spidey film in the Marvel Cinematic Universe.

Will you pre-order Spider-Man: No Way Home today? Let us know in the comments!