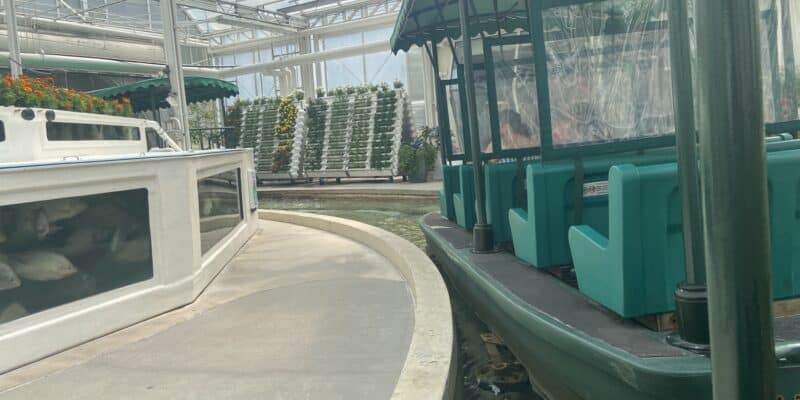 If you’re heading to Walt Disney World Resort, there is so much to experience.

When visiting EPCOT, there are so many uniquely-themed attractions and experiences to enjoy including rides like Test Track, The Seas With Nemo & Friends, Soarin’ Around the World, Journey Into Imagination With Figment, Frozen Ever After, Spaceship Earth, as well as so many others. And, of course, who can forget about the World Showcase?

However, one extremely underrated ride that many Walt Disney World Resort Guests miss out on is Living with the Land, located in The Land pavilion.

Living with the Land gives EPCOT Guests a unique experience to go behind the scenes in a boat tour that shows how Disney scientists are making strides with innovative growing techniques that will make a difference in the future of our planet.

However, that doesn’t mean things always go as planned on the tour.

@tatoodisneydad shared a video on TikTok Wednesday night of the ride losing power and heading in reverse. The passengers on the tour got to see the attraction with a whole new perspective.

Interestingly enough, this is not the first time this has happened at the attraction. We reported back in 2020 a similar case and what likely happened here was the attraction was E-stopped. During this process, the water jets that propel the attraction forward are shut off entirely which would explain why the ride starting to move backward.

Of course, the Disney Park Cast Members would have safely gotten the tour boat back to the unloading station or evacuated Guests if needed.

Disney World’s official description for Living with the Land reads:

What’s your craziest experience of a malfunction on a Disney World ride? Let us know in the comments.

Let the expert team at Academy Travel help you plan your next magical vacation to Walt Disney World Resort’s four theme parks — Magic Kingdom, EPCOT, Disney’s Animal Kingdom, and Disney’s Hollywood Studios — and the Disney Springs shopping and dining district. Or how about a trip to Disneyland Resort and Disney California Adventure?