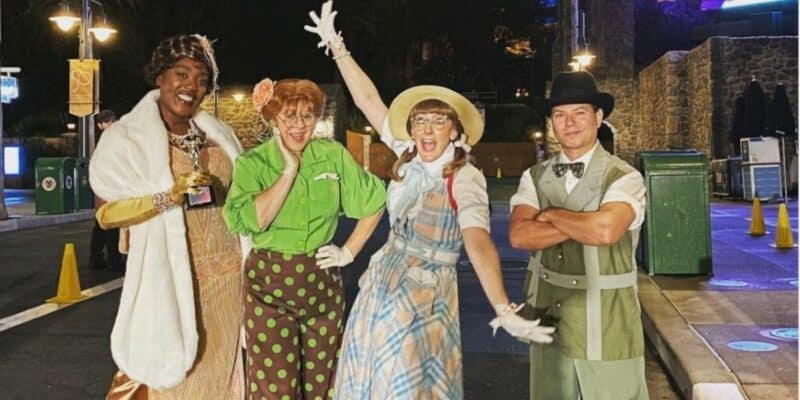 For the past while, Walt Disney World has been barren of entertainment. Over the past few months, however, we have slowly started to see more entertainment returns.

Meet and greets are now called character sightings and can be found in certain Disney World Parks, such as Magic Kingdom’s Princess Fairytale Hall. This is a massive upgrade from the interactions that were taking place before, which were not personal and from extreme distances. We have also seen Disney Enchantment and Harmonious bring firework shows back to the Parks. On top of that, Beauty and the Beast, and Indiana Jones Epic Stunt Spectacular have both returned to Disney’s Hollywood Studios, one Park that is very dependent on entertainment to bring it to life.

One big thing that has been missing from Hollywood Studios, however, are the “streetmosphere” characters. Citizens of Hollywood have been missing since 2020, which has left Guests walking up and down Sunset Boulevard missing the heartbeat of the street. Of course, Tower of Terror still provides looming theming, and Disney PhotoPass livens up the mood, but the fun portrays that the Citizens of Hollywood can provide has been sorely missed.

This past weekend has been a runDisney marathon weekend, with thousands of Disney fans running across Disney property. jamesbondysings (@jamesbondysings) has taken to Instagram to post a photo of none other than the Citizen of Hollywood out and about on Sunset Boulevard greeting participants on their run!

Disney often brings out coveted characters during runDisney events, as well as rare characters and extinct attractions, to give Disney fans some extra incentive to purchase a runDisney ticket and to give them the will to keep running and experiencing new levels of magic! It is fantastic to see the Citizens of Hollywood back where they belong; however, it seems likely that this was specifically only for the run. We will have to wait and see if they pop up during regular Park hours in the future.

What do you think of the Citizen of Hollywood making a limited-time return?