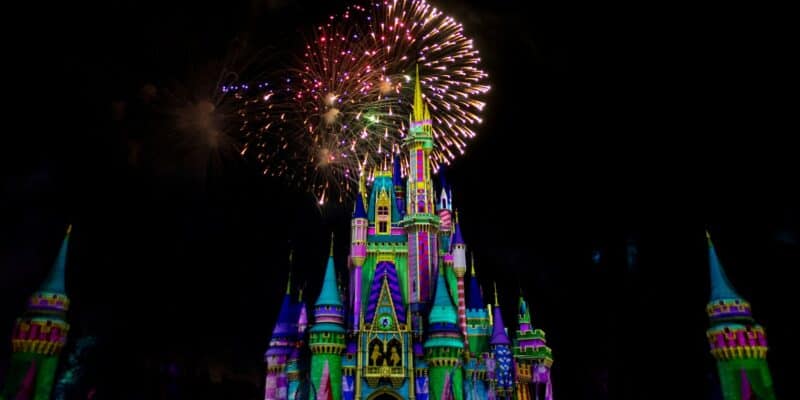 One of the most special parts of a trip to Walt Disney World is enjoying the nighttime firework shows.

After a long day of walking around the Parks, it’s an unforgettable moment to have your entire family pause, gather around Cinderella Castle in Magic Kingdom, and enjoy a firework show that is sure to impress each and every time.

There are other places to enjoy the fireworks at Walt Disney World than just the Parks, though.

Four Seasons Resort Orlando offers ‘Park view’ rooms for its Guests, which allows them to see the firework shows from the comfort of their own bedroom.

As part of the festive season and its continued celebration of Walt Disney World’s 50th Anniversary, Four Seasons Resort has announced several unique amenities for its Guests, including a “firework glow party,” which features exclusive Disney-inspired treats, glowing celebration beverages, and party favors.

“There’s no place like Four Seasons Resort Orlando for the holidays, where the most spacious guest rooms and suites in Central Florida make guests feel right at home with the option to include personalised in-room decorations, including holiday-themed play tents for little ones complete with a miniature Christmas tree and ornaments to decorate to one’s liking. Guests with Park View guest rooms can opt to reserve a “fireworks glow party” dessert amenity, featuring Disney-inspired treats, glowing celebratory beverages and party favours to enjoy while experiencing the Disney night time spectaculars from the guest room’s furnished terrace. Also available in Park View guest rooms and all suites are Plum wine machines, dispensing wine by-the-glass at the touch of a button.”

The Four Seasons Resort says it seeks to provide a fun, convenient, and memorable experience for its Guests.

“Guests of the Resort who wish to experience the excitement of the Walt Disney World Resort Theme Parks enjoy many on-site conveniences, including 30 minutes Early Park Entry to any Theme Park of choice daily, complimentary transportation in a luxury motor coach to the four main Disney Parks, and access to the Resort’s lobby level Disney Planning Center. Staffed by a Disney Cast Member, the Disney Planning Center team offers complimentary assistance with all Disney needs, including assisting guests with purchasing Park tickets conveniently on site, making Disney Park Pass and Disney dining reservations, and much more.”

There’s something special about staying near Disney World and the magic that comes with being able to look out your window, see the Parks, and, especially, the fireworks as they go off each night.

What Resorts do you enjoy staying at the most when you visit Walt Disney World?