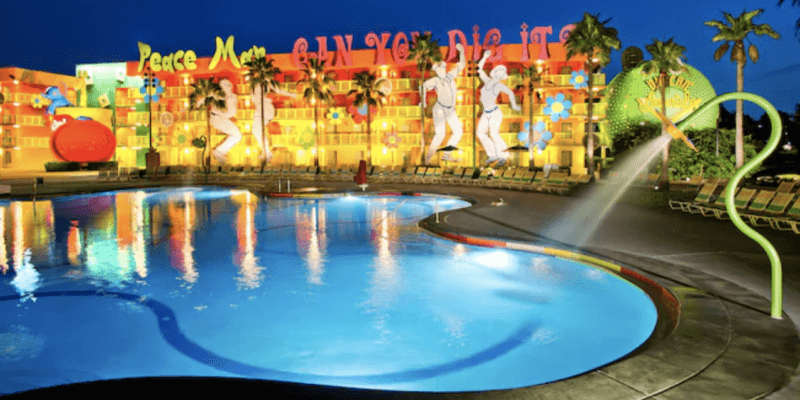 When it comes to Walt Disney World Resort, Guests and fans alike have had to become akin to the idea of price increases. We tend to see Disney Resorts, food, merchandise, tickets, and Annual Pass costs rise each year, and after the pandemic caused a financial strain on the theme parks, it seems that the trend of spending more at the Most Magical Place on Earth will only continue.

At the moment, Disney is in the midst of its holiday season, which means it is packed! With school out and many parents off work, taking a trip to Disney World during Christmas and New Year’s tends to be a logical scenario for many. But, if you do choose to travel during this time, Guests should expect increased crowds as well as increased hotel costs.

Related: Cinderella’s Royal Table Breakfast Returns, But You May Not Be Able to Eat There

We were curious about how cheap it would be to do a last-minute Walt Disney World Resort stay during the holidays, and it is not cheap. When looking to check in today, December 23, 2021 and stay through to Monday, December 27, 2021, Guests would have to pay $292.25 per night! Even if you are a Florida resident, who is eligible to save up to 20% on rooms on select nights, the cost would only drop to $277.75. This means that for only four nights, Guests would have to pay a minimum of $1169.00 plus tax to stay in Disney’s least expensive Value Resort room available. Disney’s Pop Century Resort is a fantastic choice for many, however, I would have to say at basically $300.00 a night, it may not be worth it, as that is the pricing of most Moderate Resorts during other times of the year.

Disney’s Art of Animation, the only other Value Resort available for the Christmas holidays would cost a whopping $729.50 a night! Sure, you will be on the Disney Skyliner route and can enjoy the theming from Finding Nemo, The Little Mermaid, Cars, and The Lion King in a suite, but that cost is steep, even for many Deluxe Resorts!

Next, we looked to see how much a New Year’s Eve Resort stay would cost. Just taking a short, two-day trip to Disney, checking in on December 30 and out on January 1 would cost you, at minimum, $640.00 at Disney’s Art of Animation in The Little Mermaid room, which is not one of the suites.

Needless to say, visiting Disney World during the holidays is never a cheap venture, and that is just for the hotel. Guests must remember to include Park tickets into that cost, as well as food prices, drink costs, and starting in 2022, transportation to and from the airport if you need to fly in. Booking your Disney World vacation ahead of time is always the best route to go on as prices tend to increase the closer you book to your travel date if it is during peak seasons!

Below is a full list of Disney Resort’s you can choose from on your next stay!

What is the most you have ever paid for a Disney World hotel room?