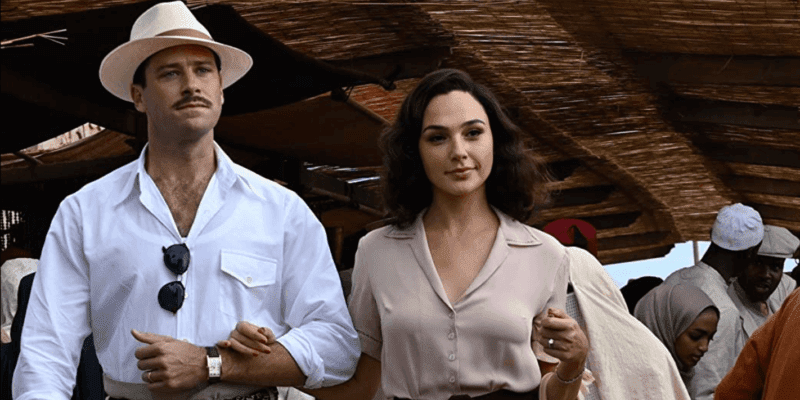 Despite a cloud of scandal surrounding him, Disney is moving forward with Armie Hammer (The Lone Ranger) in its latest mystery-thriller movie Death on the Nile (2022), set to hit theaters this coming February.

Hammer’s ex-girlfriend Courtney Vucekovich revealed details of alleged cannibalistic tendencies and multiple women accused him of emotional abuse earlier this year, though these allegations have yet to be proven in a court of law.

The situation forced Disney to decide whether or not the company should still release Death on the Nile, a 20th Century Studios adaptation of Agatha Christie’s classic novel in which Hammer stars opposite Gal Gadot (Wonder Woman, Wonder Woman 1984, Justice League). The film was already slated for a 2022 release at the time the scandal began.

Hammer, for his part, denied all allegations and there have yet to be details released in the ongoing investigation.

At the time of the accusations, Disney had already been filming for more than a year and was forced with a difficult decision of either moving forward with the original cast, refilming the entire movie with a new lead, or scrapping the project altogether.

Disney chose to move forward with the original cast and just recently unveiled the newest trailer for the film.

Agatha Christie Ltd. chair-CEO James Prichard had this to say about the film:

“More than 100 years after the publication of Agatha Christie’s first novel, her crime fiction works remain immensely popular and continue to be discovered anew by people around the world. I’m thrilled that Disney and our partners believe in this franchise, which has helped introduce millions of new fans to Christie’s classic works.”

Hammer’s most famous Disney role was alongside Johnny Depp’s Tonto in the Lone Ranger (2013) film. Ironically enough, Depp has faced his own fair share of controversy in recent months amid allegations from ex-wife Amber Heard, which included him being replaced in the newest installment of the Fantastic Beasts franchise. He also starred as Jackson Storm in Cars 3 (2017).

Outside of the world of Disney, it was reported that Hammer’s role in the upcoming film Shotgun Wedding (2022), alongside Jennifer Lopez, would be recast.

Hammer just recently left a treatment facility after seeking help for drug, alcohol, and sex issues amid the ongoing sexual assault investigations. It is worth noting again that no formal charges have been filed.