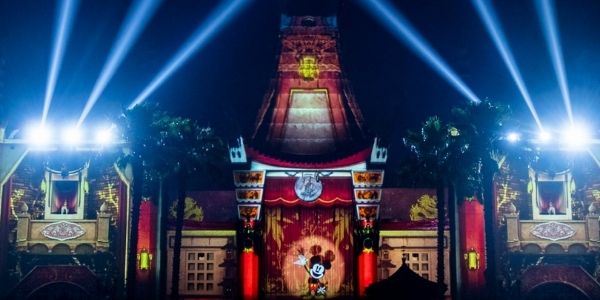 When Guests visit Disney’s Hollywood Studios, they are surely in for a day of magic from beginning to end.

You can explore Star Wars: Galaxy’s Edge and immerse yourself in Batuu, ride Rise of the Resistance, and take your pick between blue or green milk. Then, head to Toy Story Land and ride Slinky Dog Dash to your heart’s content! Afterward, Guests can enjoy Mickey and Minnie’s Runaway Railway, Rock ‘n’ Roller Coaster Starring Aerosmith, and crash down on Tower of Terror.

Plus, with Beauty and the Beast back, and The Indiana Jones Stunt Show Spectacular returning soon, the daytime shows are spectacular! In the evening, Guests cannot yet see Fantastmic! as the show will now return until next year, but in the interim, many have been enjoying Wonderful World of Animation and Disney Movie Magic which are two shows that play; almost back to back each night on the Chinese Theater!

Now, interestingly enough, it seems that the showtimes are no longer being represented online starting December 1. If we look at both shows, Disney has listed them as “No times available” through to January 29, which is the farthest the schedule will allow being seen at the moment. Below, you can take a look at what is displayed online for both shows.

Relive the Magic
Fall in love all over again with unforgettable characters and cherished stories. After the sun sets, a compilation of favorites flickers across the iconic façade of Grauman’s Chinese Theatre at the park.

Disney has not announced that either show will be coming to an end, but this recognition comes after it was announced that Jingle Bell, Jingle BAM! would not return this year for the Disney Parks holiday season.

Disney has listed the holiday plans for Disney’s Hollywood Studios, including:

Disney may be changing the times of the two shows, and we may just be awaiting the change to be made online, or perhaps this is a systematic glitch. It seems unlikely the shows would come to a sudden end without announcement, so we will stay tuned for updated showtimes!

What show would you like to see presented at Disney’s Hollywood Studios?