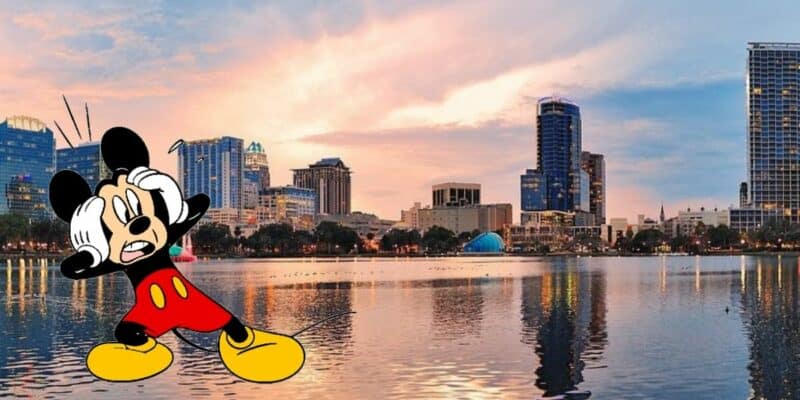 When Guests visit Central Florida, they are often heading to the Orlando area for the majority of their vacation. There is so much to see and do with Universal Orlando Resort and Walt Disney World Resort nearby.

Many who visit Disney or Universal tend to stay on each respective property for the entire duration of their visit. At Universal, Guests can enjoy Universal Studios Florida and Islands of Adventure; they can hit up the fantastic Volcano Bay waterpark, and enjoy the nightlife, dining, and shopping at CityWalk.

Disney World has its own empire with over 25 hotels! Guests can also enjoy Magic Kingdom, EPCOT, Disney’s Animal Kingdom, and Disney’s Hollywood Studios — and the Disney Springs shopping and dining district! With all of these options and locations, the idea of finding somewhere to dine for breakfast, lunch, or dinner is never a tough sell.

That being said, there are so many delicious eateries in Central Florida that many tourists do venture out to! Unfortunately, there are times when those locations may not be held to the same Disney or Universal standards that we know and love. We recently reported on a few restaurant closures in Central Florida due to health violations, and now that list is growing exponentially.

The Orlando Sentinel reported, “Six Central Florida restaurants received emergency orders to shut down in the week of Oct. 24-30, according to data from the Florida Department of Business and Professional Regulation.” When looking at the list, which we will share below, it seems that there is one dining location located in Orange County, which may be useful for those who tend to eat off-property while at Disney World!

Inspectors found eight violations, three of which were a high priority.

The restaurant received a time extension to fix the food safety temperatures in addition to four other basic violations.

They were allowed to reopen.

Sonic Drive-In of Titusville at 650 Cheney Highway in Titusville shut down Oct. 27.

Officials found 15 violations, none of which were a high priority.

A second visit on the same day found 14 violations, but still none of which were a high priority.

The restaurant was allowed to reopen.

Inspectors found four violations, two of which were a high priority.

Those violations included roach activity in the kitchen and food being stored at inappropriate temperatures.

The pizza restaurant received time extensions for roach activity on both visits.

Inspectors made a final visit on Oct. 28 and found no high-priority violations.

The restaurant was allowed to reopen.

Inspectors found 13 violations, six of which were a high priority.

Those violations included an employee touching the food with their bare hands, raw food not being properly stored, rodent activity, and inappropriate temperatures for food storage.

Officials made another visit the same day and found eight violations, two of which were a high priority.

The restaurant received extensions for the food storage and temperature issues.

Inspectors said another follow-up inspection would be required.

Inspectors found 27 violations, seven of which were a high priority.

On their first visit that day, they found 16 violations, with four high-priority violations.

Those violations were time extensions on the roaches, rodents, and live ant activity.

A second visit on that date found 10 violations, with an extension on one high-priority violation for flying insects.

Interestingly enough, the Orlando Sentinel went on to also discuss the reports of complaints and warnings of dining locations in Central Florida, and Orange County leads the pack with 40 warning and/or complaints. As we have noted before, it is always great to check out what food is available in the Orlando area, as there are thousands of amazing locations that excel in finding and hospitality, but be sure to check the reviews before heading to any location to ensure that there is nothing that can put a damper on your vacation!

What is your go-to off-property dining location? Let us know in the comments below!