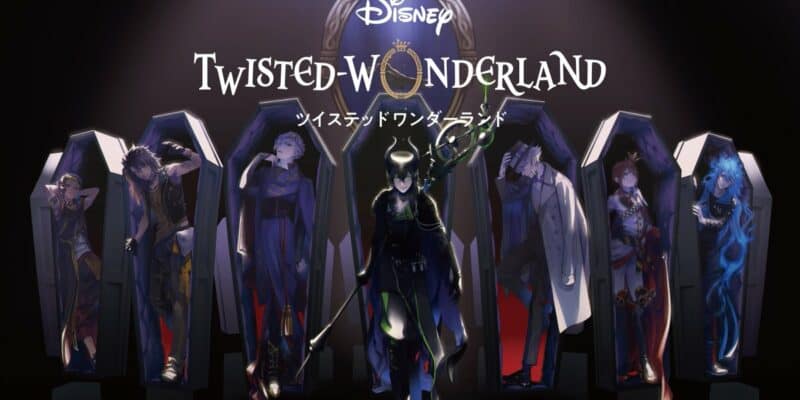 The worldwide Disney+ boom has no sign of slowing down any time soon, especially in Asia-Pacific markets.

Disney: Twisted Wonderland, a mobile video game developed by Aniplex and available in Asian markets, is going to be transformed into an anime series for the Disney+ streaming service. This will be the most recent anime that will be made available on the service. We previously reported on Star Wars: Visions, the first-ever Star Wars anime which debuted on the streaming service back in September.

The adventure game Twisted Wonderland is set in a boarding school and features characters such as Azul Ashengrotto, who can grant wishes but with a price-tag, and Riddle Rosehearts, a tribute to the Queen of Hearts from Alice in Wonderland.

Asian-Pacific media has blown up in popularity, most recently being Squid Game, which was Netflix’s biggest debut hit. Per a previous article, Disney has over 27 Asia-Pacific projects planned for Disney+, and Twisted Wonderland’s anime adaptation is just one of them. Disney even went as far as recruiting K-Pop stars for some features and series that will be dropping on the service.

This announcement comes after a special regional press and partner gathering for its Asia and Pacific regions, where it showcased all the upcoming APAC titles. Luke Kang, the president of The Walt Disney Company in Asia Pacific, had this to say at the event:

“For many decades, The Walt Disney Company has been entertaining consumers and has been an integral part of the local creative ecosystem.  Today, we are making another commitment by combining the global resources of the company with the best content creators from Asia Pacific to develop and produce original stories on Disney+. With over-the-top services going mainstream, emergence of world-class content from Asia Pacific and rising consumer sophistication, we believe that this is the right time for us to deepen our collaboration with the region’s best content creators to deliver unparalleled storytelling to global audiences.”

A few of the titles fans can expect to see are:

These are merely just a few of the titles — as there are more projects in the works — and the full list can be found here.

We are excited to see Disney’s worldwide audience continue to grow and flourish, blending cultures together effortlessly and magically. As for an official release date about Twisted Wonderland‘s adaptation, there is no further information at this time except for the official release posted below from the Disney+ Japan Twitter page.

Are you excited about the new anime adaptation of Twisted Wonderland? Be sure to let us know in the comments!