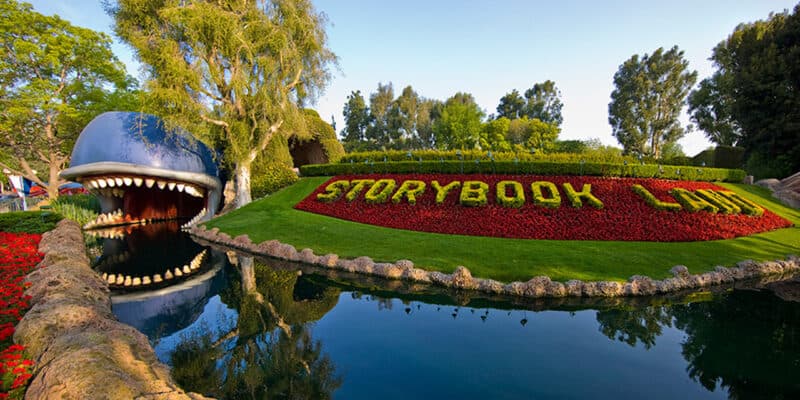 How well do you know the ins and outs of Disneyland? Despite Walt’s original play place continuing to change and evolve, the magic is always tangible. Always real. One example of this can be found in Disneyland Park, beside the gently rushing waters of the Storybook Land Canal Boats. If you’re here first thing in the morning, Disneyland Cast Members might be presenting you with a special, magical moment!

While you might not be shrinking down to the size of a toy or a rat, you will feel magically small as you sail through the mouth of Monstro the Whale into a magical land of Disney movie locales-all in miniature. The Disneyland Park ride wasn’t always as it is today. The theme park attraction’s beginnings were fraught with challenges and changes, much like Disneyland’s other elements.

Walt Disney initially wanted a little “mini Park” across the street from his Walt Disney Studios in California, but the mini-scale park was never built. And as his love for the miniature lingered, as a “Lilliputianland” inspired by his trip to the Netherlands was planned but scrapped due to lacking the technology to create teeny animated figures for the towns. Instead, the Lilliputian village had no inhabitants and the ride opened under the name Canal Boats of the World.

But this attraction was fairly plain, with little to no landscaping, canal boat motors that overheated, and muddy banks. Guests coined it “The Mud Bank Ride!” After just two months of guiding Guests around, the attraction closed while Storybook Land was created around it. The muddy banks were remedied with miniature plants, including a bonsai laid in by Walt Disney himself. The attraction reopened on June 16, 1956, under the new name Storybook Land Canal Boats with Disney fairy tale-inspired buildings like Gepetto’s village from Pinocchio (1940), the Pigs’ houses from Three Little Pigs (1933), and the London park from Peter Pan (1953).

Having a great love for the classic attraction, videographer and photographer Micah Kunkle visited Disneyland Resort and sped over to Storybook Land Canal Boats in order to film some magical history. First in line for the day, you can see in Micah’s TikTok below, a costumed Cast Member wanders over with a large ledger book with lined pages. Adding their names under those of the Guests before, Micah and his friend become members of the crew by signing The Captain’s Log first thing in the morning. You, too, can sign the Captain’s Log if you are first in line for this attraction!

Fantasyland Cast Member Carrie Gabellini stitched together a duet on TikTok with Micah’s clip, commenting with her memories and love for this fairly new tradition at Disneyland Park. She reflects that the Cast Members started this tradition in 2018, and this is only their second book (the first one filled up!), but because of this viral TikTok, Disney Guests are now racing (please don’t run in the Park!) to the queue in order to try and be the Captain for the day!

The enchanting part of this portion of Fantasyland is the miniature element. Disneyland’s (very) small world boat ride showcases hand-built houses, palaces, and recognizable abodes from Disney animated films in the catalog. Peppered with tiny whimsical landscaping, charming music, and special lighting effects, you’ll have help from a tour guide as you tootle around the canal. Disney’s website gives you a sneak peek of the miniature scenes you will see. “The painstakingly detailed models use a scale of one inch to one foot. Be on the lookout for these familiar locales:

Have you laid your name into the Storybook Land Canal Boats Captain’s Log? Are you planning to head there first? Leave us a comment below about your next sailing!