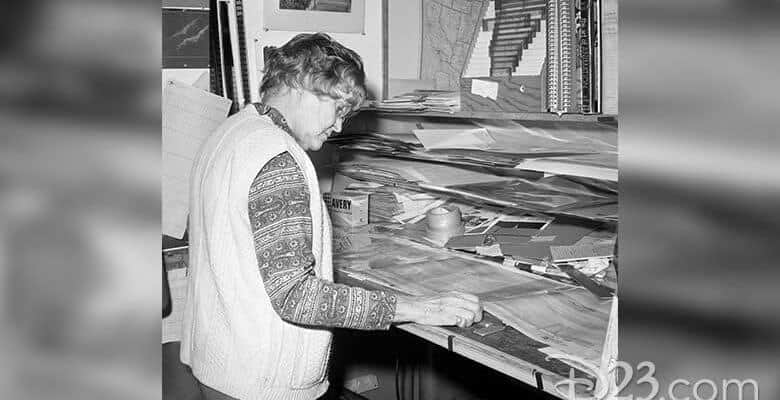 Ruthie Tompson, a Disney Legend who worked on a variety of Disney movies, has passed away at the age of 111.

The Walt Disney Company Tweeted a statement regarding the passing of Ruthie Tompson:

We are sorry to report that Disney Legend Ruthie Tompson has passed away: https://t.co/fVYgFzmLos pic.twitter.com/cQQTAoTBvj

As The Walt Disney Company noted in their remembrance article, Ruthie held many positions during her 40-year run at Disney. Starting as an inker, Ruthie later moved up to the painting department and then on to educational and camera operation positions as she became a key figure at the studio. Some of the films Ruthie worked on include, Snow White and the Seven Dwarfs, Fantasia, Dumbo, Sleeping Beauty, and Mary Poppins to name a few.

Not only is Ruthie a Disney Legend, but she was also one of three women to join the International Photographers Union.

Just last year, Ruthie celebrated her 110th birthday while reminiscing on the magic she made at Disney. Ruthie was able to put a smile on anyone’s face as she was always happy and brought light into any room.

Former Disney CEO and current Executive Chairman Bob Iger stated: “Ruthie was a legend among animators, and her creative contributions to Disney—from Snow White and the Seven Dwarfs to The Rescuers—remain beloved classics to this day. While we will miss her smile and wonderful sense of humor, her exceptional work and pioneering spirit will forever be an inspiration to us all.”

Along with his statement, Bob Iger also Tweeted:

The great Disney Legend Ruthie Tompson. Born in 1910, Ruthie worked at @DisneyAnimation on such movies as Snow White, Fantasia, Dumbo & Sleeping Beauty. So nice to see her.

RIP Ruthie Thompson…a true animation legend. Her contributions to Disney—from Snow White to The Rescuers—remain beloved classics to this day. While we will miss her smile & wonderful sense of humor, her exceptional work & pioneering spirit will forever inspire us. pic.twitter.com/jbxeuRsjIW

Ruthie Tompson lived an extraordinary life and she will be missed and remembered by many. Our thoughts are with the Tompson family at this time.