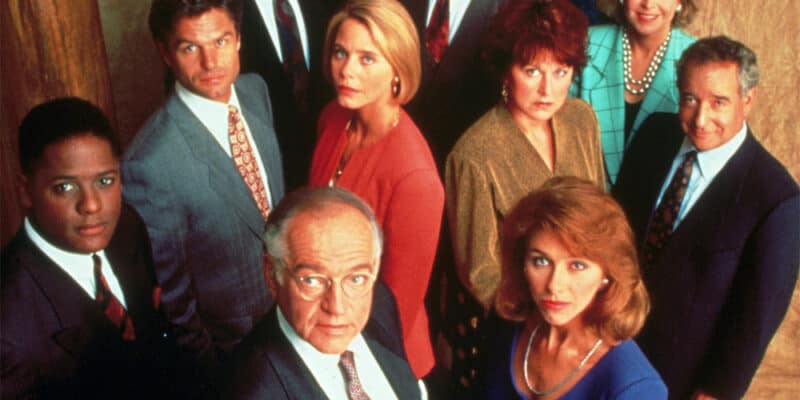 We previously shared on classic TV show L.A. Law being given the green light for a pilot that would premiere on ABC. Now it is being reported that Blair Underwood will not be the only original cast member returning to the reboot.

According to Variety, Corbin Bernsen will be reprising his role from the original series. This will hopefully be a continued trend of original cast members coming back for the new generation of the beloved TV show. The plot of the original series has been posted below.

“The show focused on the personal and professional lives of the people at a big law firm in Los Angeles, California.”

Bernsen will be playing his classic role of Arnold Becker. In the show, Becker was a former Lothario and now will be playing himself in modern-day society, surrounded by a completely different moral, political and nationwide landscape. Bernsen states that he frequently thought about revisiting the L.A. Law series.

“Now seems the perfect moment in time to explore our fast changing world through Becker’s eyes. Fasten your seatbelts.”

According to Variety, Bernsen even received two Emmy Award nominations for his role in the show.

“Bernsen appeared in all eight seasons of “LA Law” as well as the reunion film that came out in 2002. He received two Emmy nominations for best actor in a drama series for his work on the show. He is also known for his role in the USA Network comedy series “Psych” and for films like the “Major League” franchise, being one of the only actors to appear in all three films. He will next be seen in the third “Psych” film, “”This Is Gus,” as well as the HBO Watergate scandal drama “The White House Plumbers.”

Bernsen even played as Anderson Schultz  in Marvel’s The Punisher. Bernsen is currently represented by A3 Artists Agency and Randy James Management. Marc Guggenheim and Ubah Mohamed are executive producing and writing the pilot. Jesse and Dayna Bocho, the son and wife of Steven Bocho (original L.A. Law co-creator) will executive produce via Steven Bocho productions. At this time, there is no official synopsis on the new show and no word on when the official reboot pilot will premiere on ABC.

Stay tuned for more on this developing story.

Are you excited that another original cast member has joined the reboot of L.A. Law? Be sure to let us know in the comments.