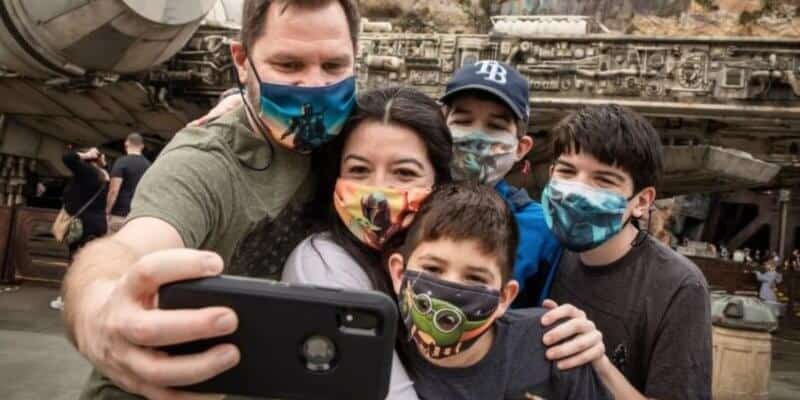 The state of the COVID-19 pandemic in Florida has been in flux for quite some time. Florida went from having insanely high positivity rates to lower ones, and then a massive spike which left the state at a higher level than they had seen throughout the entire pandemic. Luckily, things are starting to return to normal.

The spikes in positivity rates have also deeply affected the rules and regulations set out by certain theme parks in Florida. In Orlando, Universal Orlando Resort and Walt Disney World Resort have made numerous changes in implementing and removing safety measures to protect Guests and Cast Members from the virus.

At the moment, Universal Orlando Resort does not require masks indoors or outdoors; however, they do strongly recommend masks be worn when inside. At Walt Disney World, the indoor mask mandate was reinstated once Mayor Jerry Demings of Orange County instated a state of emergency and urged businesses and locals to wear and require indoor mask wear.

Now that case counts have dropped from over 30,000 a day to around 2,000 (approximately, of course), Mayor Jerry Demings is officially lifting the state of emergency for Orange County. Reporter Ashley Carter (@AshleyLCarter1) took to Twitter to announce:

Orange County Mayor Jerry Demings says he will allow the local state of emergency order to expire at 3:04 p.m. today due to the county’s low COVID positivity rate.

Orange County Mayor Jerry Demings says he will allow the local state of emergency order to expire at 3:04 p.m. today due to the county's low COVID positivity rate. pic.twitter.com/gARpecybfV

Carter continued, in a thread, to note that, “Demings says if there’s another “deadly wave of cases” in Orange County, he reserves the right to put the executive order back in place to slow the spread.”

So how does this affect the theme parks? With Walt Disney World Resort located on private property, is it the companies choice to decide what mandates are set out. So, even if Governor DeSantis has lifted the mask mandate and Mayor Jerry Demings lifts the state of emergency, Disney can still continue to enforce indoor mask wear if they so choose.

That being said, we have previously reported that some Guests had chosen to forgo their vacations until mask mandates were fully lifted, so now that there is a green light, we could see changes being made once again to Disney World’s mask mandate. At the time of this article’s publishing, the current mask mandate at Walt Disney World reads as follows:

To once again note, just because the state of emergency is lifted does not mean that Disney World will implement any changes to their rules and regulations, and any ideas or speculations made above are just that. If you are planning to visit Disney World soon, be sure to anticipate and expect to wear a mask while indoors.

Do you want to see the mask mandate lifted at Walt Disney World?