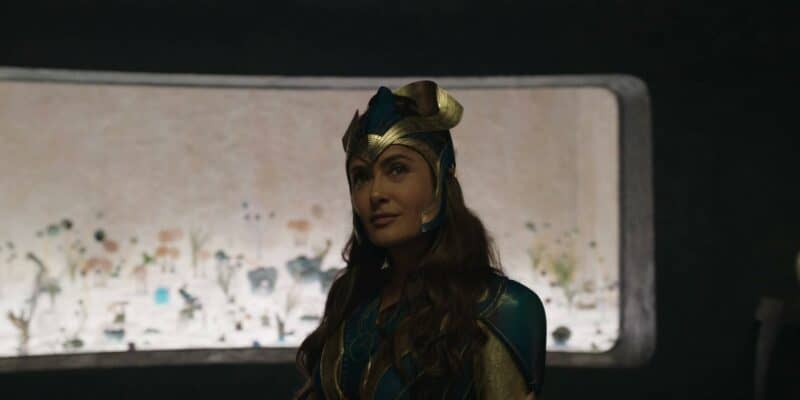 Before its cinematic premiere, the upcoming film Eternals by Marvel Studios, directed by Chloé Zhao, will premiere on Sunday, October 24, at the Rome Film Fest. The highly anticipated motion picture will be the third installment in Phase Four of the Marvel Cinematic Universe. Italian, French, German and Swedish theaters will premiere the film on November 3. The film is set to be released in U.K. and U.S. theaters on November 5.

Organizers of the Rome Film Fest stated that some talent from the film will be in attendance, however, they did not specify which cast members will be present.

According to Variety, the new film is going to follow a race of aliens known as the Eternals, who have been able to blend in on Earth for thousands of years. As we previously reported, the Eternals are not your average marvel characters. The first edition of Eternals comic books were released in July 1976 and Marvel fans are excited about their long-awaited theatrical debut. The aliens are equipped with superhero powers, such as being able to fly and superhuman strength.

“The latest installment in the franchise features as protagonists a team of new, never-before-seen super heroes forced to emerge from the shadows to join the fight against humanity’s most ancient enemy, The Deviants. They are portrayed by a cast comprising Gemma Chan, Richard Madden, Kumail Nanjiani, Lia McHugh, Brian Tyree Henry, Lauren Ridloff, Barry Keoghan, Don Lee, with Kit Harington, Salma Hayek and Angelina Jolie.”

In an interview conducted by Empire Magazine, via Twitter, Marvel Studios producer Nate Moore stated that the film is going to take place around the same time as Spider-Man: Far From Home, during which half of the world population is returning to civilization and recuperating from the brutal attack of Thanos.

Moore also went on record to say that the cinematic theme of the film is going to be very similar to Academy Award-winning film Nomadland, which took home the Oscars for Best Picture, Best Actress, Best Director, Best Adapted Screenplay, Best Cinematography, and Best Film Editing.

The 2021 Rome Film Fest will run from October 14 -24. The full lineup for the festival will be dropping on Wednesday.

Will Eternals sweep the Academy Awards this upcoming year? Stay tuned for box office updates and reviews after the film is released.