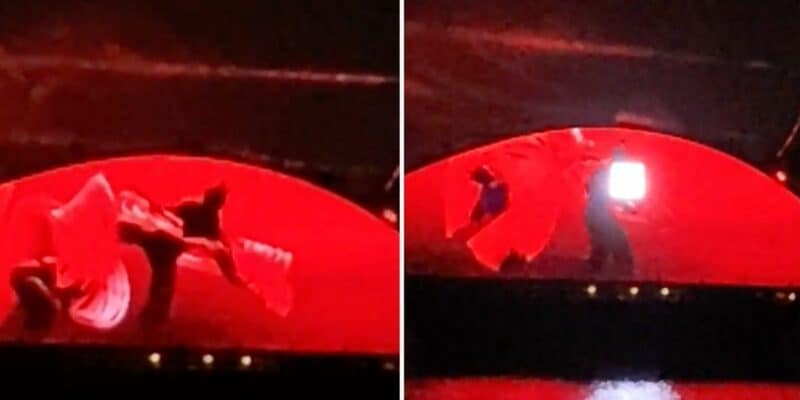 At Walt Disney World Resort, Guests have recently seen a ton of additions to the theme parks for the 50th anniversary celebrations.

Magic Kingdom is now covered in accents of golden shimmers, with Cinderella Castle looking royal as ever. Disney Enchantment, the nighttime show, has also debuted at the Park. At EPCOT, many additions were revealed, such as the France pavilion expansion, Remy’s Ratatouille Adventure, the new Beacon of Magic being Spaceship Earth’s lighting transformation, and Harmonious, the newest nighttime spectacular.

Harmonious would replace EPCOT Forever, a show that was set in between Illuminations and Harmonious. The new show utilizes five barges which have lighting effects, LED screens, shoot fireworks, as well, as water to create a stunning show on the World Showcase lagoon. Considering the show uses so much technology, many have wondered what would happen when something goes wrong.

As all five barges are needed to put on the show, it would be noticeable if one of them is having an issue. Recently, one Disney Guest took to Twitter to share how one of the barges has already encountered a problem with its screen. Jess Siswitch (@tinymallet) posted a video of one of the large pixels on a barge not displaying the correct show scenes.

Me as an LED panel having a breakdown and hoping nobody notices pic.twitter.com/ad8BAXGlEE

It seems the Harmonious went off as planned, even with the broken screen. The missing square would likely not be cause enough to cancel a show, as it is a smaller defect, but it definitely was large enough to become noticeable. Hopefully, the screen will be able to be fixed swiftly, so the show can continue to run without a hitch!

What do you think of Harmonious? Let us know in the comments below.

If you want to join the 50th anniversary celebration, you need to take a trip to Walt Disney World! Click here to get started today!