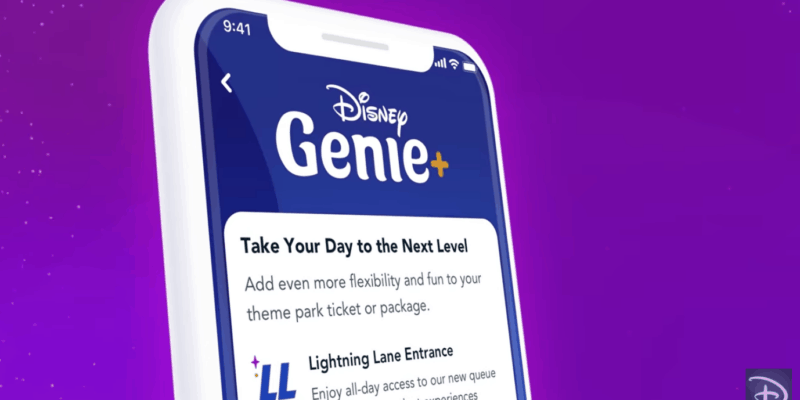 All the way back in 2019, Disney announced that a new vacation planning tool would be coming to the Disneyland mobile app as well as My Disney Experience, and it would be called Disney Genie. Disney Genie would help Guests maximize their time in the Parks while minimizing the time they spend waiting in line for their favorite rides and attractions.

We now know that the new tool will be coming to Walt Disney World Resort on October 19 — which is less than two weeks away!

Disney Genie is the most in-depth planning tool that Disney has ever created, and it will personalize each Guests’ trip to the theme park. Disney Genie will allow Guests to input things like their ride preferences, food preferences, and what experiences they don’t want to miss. From there, Genie will tell Guests the wait times for various experiences, as well as whether restaurants it thinks the Guests will like have any availability.

One of the most amazing features of Disney Genie is the fact that it will operate a lot like a navigation system you are used to using on your mobile device in your day-to-day life. We think you could compare it to something like Google Maps or Waze. Both of those apps can tell Gusers the best routes to get to their destination. Similarly, Disney Genie will tell Guests the best order in which to ride the attractions they want based on ride wait times and how far the Guest is from each attraction — giving them the most optimal route available and even considering things like the busyness of that area of the theme park, weather conditions leading to attraction closures, and more.

Genie will also alter its plans and routes based on things like ride closures. For example, if it begins to rain (as it does so often in Florida) and an outdoor attraction like Big Thunder Mountain Railroad has to temporarily close, Disney Genie will give you new suggestions (such as indoor attractions that you can ride instead!) because you can no longer ride one of the attractions it was suggesting before.

Disney Genie will work in real-time to make sure Guests have the most up-to-date information and changes are made to the Guest’s itinerary as needed.

Are you excited to use Disney Genie when it is released at Walt Disney World on October 19? Let us know in the comments!