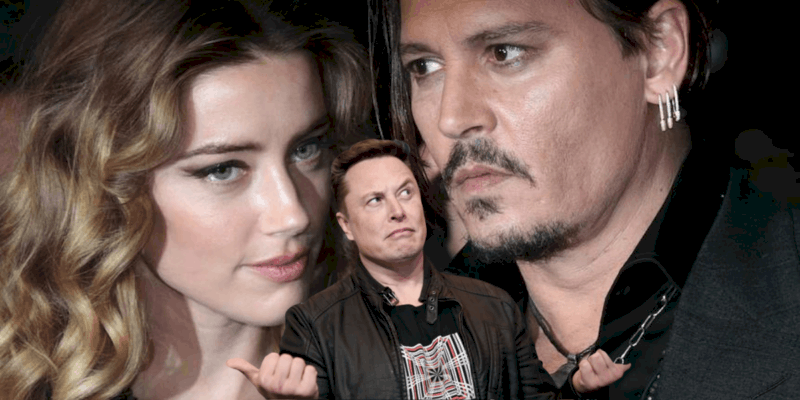 The drama between Hollywood stars and exes Johnny Depp and Amber Heard has been heavily featured in the news cycle over the past few months. As we approach spring 2021, the time of their official trial, more information — and people —  are being brought into the battle.

In case you were not aware, Heard has accused ex-husband Johnny Depp of domestic abuse towards her. The claim initially began as an open letter written by Heard and has now escalated into a $150 million libel lawsuit that everyone is itching to know more details on, as Depp claims to still be on the side of innocence. Of course, as the trial is not for a few months, there is no official ruling, but sides have already been taken.

Once Depp lost a defamation court case and appealed with U.K. tabloid The Sun, who sided with Heard in their publication, things took a turn for the actor. Depp suddenly lost one of his most iconic roles as Disney gave him the boot from the Pirates of the Caribbean franchise. Depp has played Jack Sparrow in the films over the past five movies and now will not star in Pirates of the Caribbean 6, or the Margot Robbie female-led adaptation within the same universe.

He also lost his role in Fantastic Beasts after Warner Bros. recast him with Madds Mikkelsen. Although Depp’s Hollywood career has been very tough, with the actor unable to book a role in quite some time, his fans have been incredibly loyal. Disney fans are now boycotting the Pirates of the Caribbean series and signing petitions to bring him back. That being said, Depp has also felt the frustration of all of the “lies” that he says are being told, and has spoken out on how he feels Hollywood has boycotted him, and that no one is safe from cancel culture, even if the statements made about you are untrue.

Most recently, Minamata, produced by MGM, which starred Depp, has been said to be “buried” due to Depp’s involvement. The film, which some were saying could have been an Oscar contender, has been pulled from the festival circuits.

The court case scheduled for next spring will surely be a large one, as Heard’s legal team has already subpoenaed major companies such as Disney, to report on Depp’s behavior while on the set of Pirates of the Caribbean. Now, it looks someone else connected to Amber Heard will potentially be brought to the stand.

Elon Musk, creator of Tesla, SpaceX, PayPal, among many other companies, reportedly had a relationship with Heard after her divorce from Depp and is now being reported to be involved in the court case.

SpaceX giant Elon Musk who was alleged to have a relationship with the Aquaman star after her divorce with Depp. There are speculations that he was ready to provide her 24×7 security during the alleged violent phase with Depp.

From the sounds of it, it seems that Musk would be called up in defense of Heard, if he did think security was necessary to protect her from Depp during their relationship. It is being said that there will be a lot of high-profile witnesses involved in the case; however, nothing is confirmed as of yet. We will need to wait until the trial begins next year to see exactly who is or was involved in the couple’s history.

In the meantime, Depp has created his own production company from which he will gladly accept a role from, if he connects to it, so perhaps his career will take an upswing prior to the trial.

What do you think of the Johnny Depp and Amber Heard trial? Let us know in the comments below.