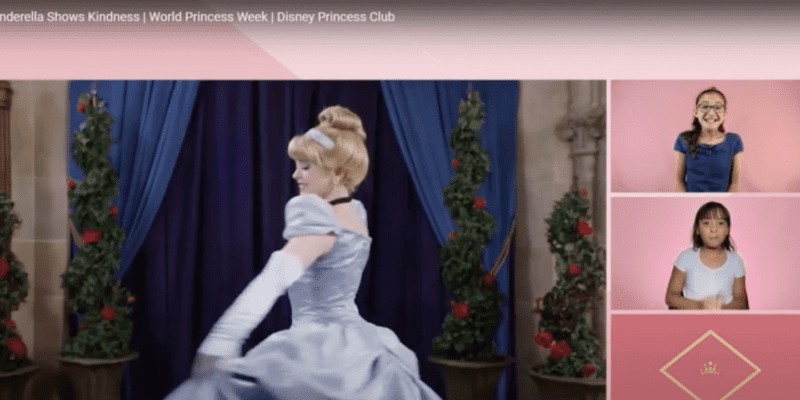 For many, Disney is a shining light of magic that allows you to feel like anything is possible. Not only do the theme parks give Guests a form of escapism and a place where they can live out their dreams, but the company as a whole continues to strive towards inclusivity.

One young 10-year-old Disney fan named Norah Luna is deaf and fluent in ASL and caught the attention of Disney. Disney had put out a casting call looking for young actors who were fluent in ASL, and Norah quickly put together her submission. The young aspiring actress received a call back from Disney, hiring her for the role!

Wesh spoke with Norah and her ASL interpreter, who said:

“I was so excited! I wanted to be involved in lots of different projects like this. So when Disney called me back, I was really excited to work with them. If there is deaf children out there or other children that are interested, I think they should learn ASL. I think it’s really important to have representation of ASL on screen not just having access to closed captioning.”

Norah would love to be a Hollywood actress and noted that ASL should become a part of mainstream media as it makes it much easier for those who are deaf to understand.

“(Closed) captioning is different because it’s English. When I watch an interpreter signing, it’s my native language and I’m able to understand it a lot easier. With captions sometimes I miss some of the information”

It is great to see that Disney has started to have a similar mindset to Norah and that she has been able to work with them to create a product that allows others who are deaf to instantly see the words others are speaking on television. It also is a great way to help teach others watching about ASL and potentially help teach others certain words or phrases.

Would you like to see more ASL interpreters in Disney films and television shows?