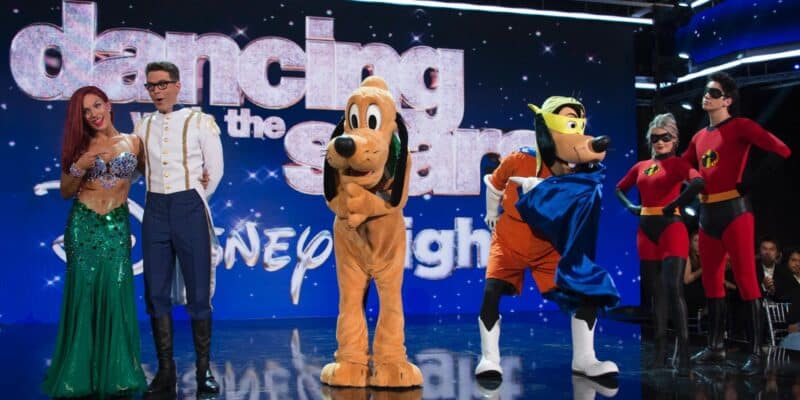 This season of Dancing with the Stars has already proven to be bigger and better than ever as we are celebrating 30 seasons! But the best news is we now have confirmation that Disney Night is not only returning, but it will last two episodes!

Related: See The ‘Dancing With The Stars’ Disney Night Costumes!

Another talented celebrity cast has partnered up with professional dancers as they join host and executive producer Tyra Banks and judges Len Goodman, Carrie Ann Inaba, Bruno Tonioli and Derek Hough for the 30th season of Dancing With the Stars, which began on September 20, 2021.

But as the competition heats up, the show is bringing back some of the fan-favorite themed nights, including Disney night!

According to the Dancing With the Stars fantasy game at ESPN, there won’t just be one Disney night episode for Season 30. Instead, Disney night will be broken up into two (yes, two!) episodes. But the best part is each episode will be differently themed.

In years past, we have seen couples dance the waltz to “Part of Your World” from The Little Mermaid, dance the foxtrot to “How Far I’ll Go” from Moana, and dance the quickstep to “Be Our Guest” from Beauty and the Beast, so it’s safe to say nothing is impossible on Disney Night on Dancing With the Stars.

Are you excited for Disney Night on Dancing With the Stars? Let us know in the comments below.