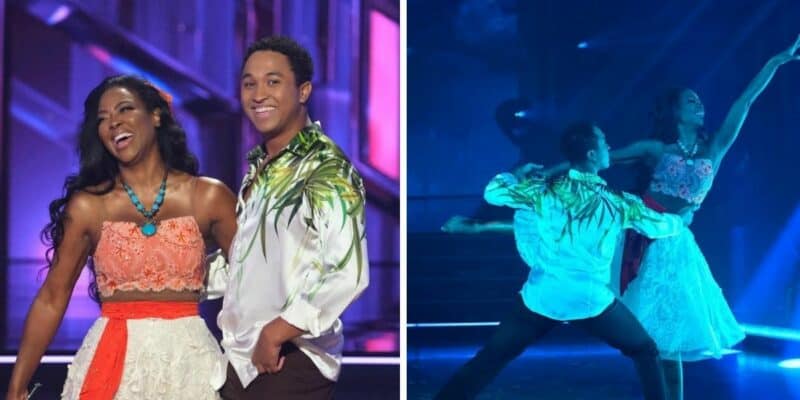 Dancing with the Stars is one of the more popular competition shows that fans love to watch on ABC, and if you are a Disney fan, there is always one week that will stand out above the rest.

For the past while, Dancing with the Stars has been airing a Disney week when the competitors would dance to Disney songs and get dressed up. We recently saw the dancing couples travel to Disneyland as part of the week’s theme. This year, the Disney theme lasted for two nights as the couples did a dance as Disney heroes and Disney villains.

Below is a list of the dances and costumes that we saw from heroes night. To learn more about villains night, click here.

When Kenya Moore, Real Housewives of Atlanta star, did her dance, however, things went wrong. It is now being reported that Moore thought she broke her ribs.

“When I jumped on [pro Brandon Armstrong], I think I just landed wrong and landed on my two bottom ribs and I thought I broke them. In fact, in the air, I was sure I broke my ribs.”

Moore continued to explain that she could not breathe and was in excruciating pain. Moore ended up going to the ER from the pain but thankfully was ok. She also noted that she has had knee issues but is still looking forward to dancing Grease night next week! Moore was able to still perform through her pain, showing us all really just how far she will go!

What did you think of Disney week at Dancing with the Stars? Which was your favorite performance.