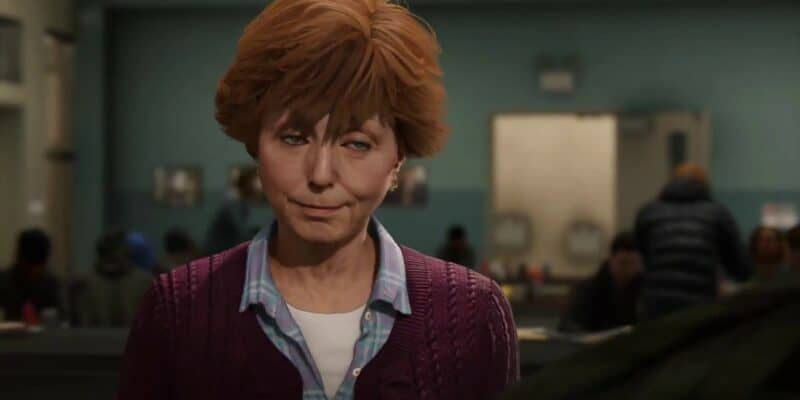 Yesterday, we reported on Marvel’s Avengers video game receiving an update that will allow in-game characters to have Halloween skins. Now it’s being reported that in Marvel’s Spider-Man game, a beloved character was almost cut completely due to how hard it was to replicate her aging features.

According to GamesRadar+, Dan Slott – critically acclaimed Spider-Man comics writer – who contributed to crafting the video game adaptation, said that Insomniac was not planning on including Aunt May at all due to how difficult it would be to replicate her aging and old skin. Aunt May is Peter Parker’s only living relative and a crucial part of the Spider-Man storyline. They said that trying to recreate Aunt May would take the amount of work and time it would take to create five other characters.

However, Slott was determined to include Peter’s aunt in the game and kept his foot down until he ultimately got what he wanted: an animated Aunt May.

“Fortunately, Slott stuck to his guns, saying he was “adamant” that the character should feature in the game. Eventually, he said “‘Look, Marisa Tomei [who plays Aunt May in Tom Holland’s Spider-Man films] isn’t that old. Aunt May doesn’t have to be super wrinkly; she can be less wrinkly’.” That does seem to have been the way that the developers chose to go with the character; while Insomniac’s May looks a little older than Tomei’s portrayal, she’s also a bit younger than take in Maguire’s films or even some of Slott’s comics.”

May’s character tells the story of a woman who was born in Brooklyn in 1953. She then went on to marry a man named Ben, and they became the legal guardians of their nephew; Peter. May’s husband Ben was unfortunately murdered and left her as a widow. She then started volunteering at the F.E.A.S.T. homeless shelter as a way to help cope with the loss of her late husband and find some positivity. Her official description has been posted below.

“May and Ben Parker took full custody of their nephew Peter after his parents were killed in a plane crash. Later on, Ben was killed in a burglary, leaving May and Peter all by themselves, as she continued to raise him as her own son. Peter cared too much for her, so he forbade himself from revealing to her that he was the heroic Spider-Man, since he feared the shock of seeing her nephew as the very thing she despised (thanks to the Daily Bugle’s smear campaign), might have been too much for her. Later on she became romantically involved with one of Spider-Man’s most hated foes, Doctor Octopus, although their engagement fell through.

Recently, she found out Peter was indeed Spider-Man, when she visited him while he was recovering from a major battle with the villainous Morlun. She has also lost her home in Queens, after an attack from the Vibranium-skinned Charlie Weiderman. Iron Man allowed the Parkers to live in Stark Tower for a time during which May was courted by the Avengers‘ butler, Edwin Jarvis. During the Civil War Spider-Man revealed his secret identity to the world in support of the Superhuman Registration Act. Regretting his decision, Peter denounced the Act and fled with May and Mary Jane to hide out in a seedy motel. There, Aunt May was shot by an sniper(named Jake Martino) hired by the Kingpin, taking advantage of knowing Spider-Man’s identity. Hospitalized, her current condition was so critical that Peter searched every and all means to find a way to save her life. Choosing a deal with the demon Mephisto as his last resort, May is once again healthy and living in her Forest Hills home. However, Peter’s marriage to Mary Jane has been undone in history as payment for May’s restoration.”

Marvel’s Spider-Man video game was released in September 2018 by Insomniac Games and published by Sony Interactive Entertainment. The video game is based on the beloved Marvel comic book series that has spawned numerous adaptations throughout the years. The game is available on PS4 and PS5. A sequel to the video game has been announced and will be available exclusively on the PS5. An official synopsis of the first game and the trailer reveal of the sequel has been posted below.

“The game follows Peter Parker, a 23-year-old college graduate and research assistant who gained superhuman abilities after being bitten by a radioactive spider. … At key points in the story, the player also controls Peter Parker (outside of his Spider-Man identity), Mary Jane Watson, and Miles Morales.”

Watch the Reveal Trailer for Marvel’s Spider-Man 2 below.

Are you excited about the sequel to Marvel’s Spider-Man? Be sure to let us know in the comments!