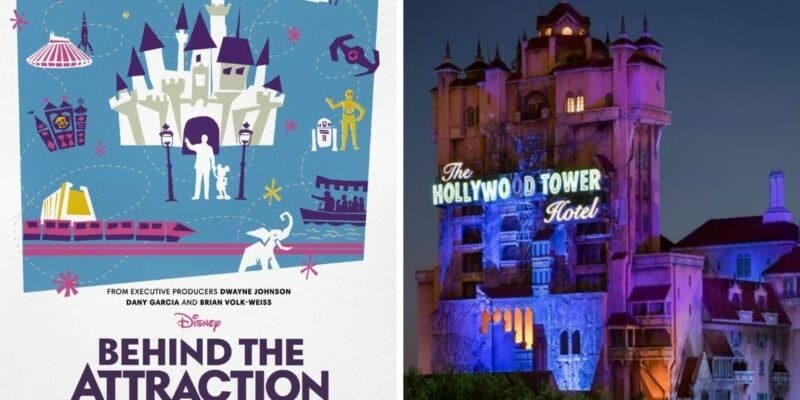 Back in July, a new show came to Disney+ called Behind the Attraction, which told behind-the-scenes stories from some of the most popular Disney theme park rides. However, one episode about the Tower of Terror attraction seems to have caused some controversy with the artwork used — which was apparently taken from an artist, and credit was never given.

Artist James St. Onge runs the popular YouTube series Art of Engineering where James produces his own artistic blueprints — he has a Master of Applied Science in Engineering — and explains how things work. James was alerted to the Tower of Terror episode, so he watched and saw that the artwork used was nearly identical to the artwork he produced several years ago.

James told his story on Twitter, and it quickly made the rounds amongst Disney Twitter fans, with many showing their support and wondering how the production company could get away with that. It is important to note that Disney did not produce Behind the Attraction. The show was produced by The Nacelle Company and Seven Bucks Production, which was founded by Dwayne “The Rock” Johnson and his ex-wife, Dany Garcia.

Well, it seems that word of the stolen artwork made its way to The Nacelle Company, and they have since reached out to James to apologize for the error. James shared the news on Twitter.

I just had a productive phone call with Brian Volk-Weiss, director of ‘Behind the Attraction’ and CEO of The Nacelle Company. He took full responsibility for the Tower of Terror situation and offered a genuine apology on behalf of Disney, Nacelle, and Seven Bucks Productions.

Brian provided full transparency about the series of events that caused this to happen, and I am grateful that we were able to arrive at a resolution on good terms. The Tower of Terror episode will be re-edited to include my name in the credits.

I also want to add that Jeremy Samples (credited for graphic design on the series) was not involved with this incident. I am told that my work was copied due to a chain of mistakes in the production process, and Brian has taken full responsibility as the director.

I just had a productive phone call with Brian Volk-Weiss, director of 'Behind the Attraction' and CEO of The Nacelle Company.

He took full responsibility for the Tower of Terror situation and offered a genuine apology on behalf of Disney, Nacelle, and Seven Bucks Productions.

It is great to hear that one production company is acknowledging its mistake and giving a talented artist the credit that he is due. At the time of publication, James has not said whether or not he has heard from Seven Bucks Productions or Disney.

Do you think Disney and Seven Bucks Productions should also apologize for the artwork mistake? Let us know in the comments!