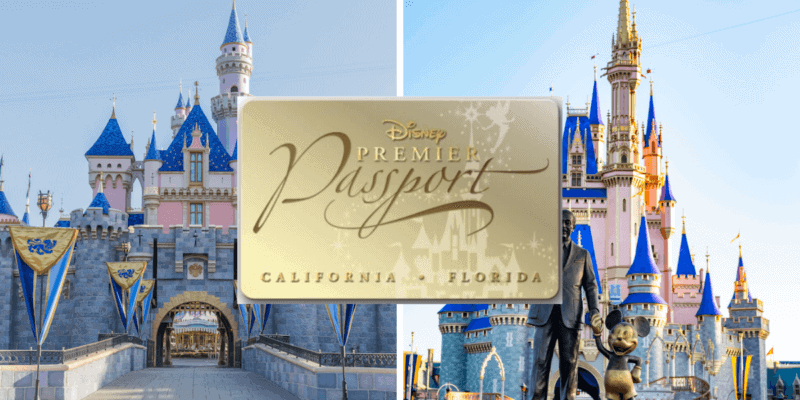 Disney has six theme parks in the United States and there was one Annual Pass that gave Guests access to them all: Disney’s Premier Passport. But will fans ever see this special Annual Pass return now that Disneyland has reimagined its Annual Pass program?

While some Disney Premier Passholders began receiving refunds for their AP as the pandemic forced parks to close, it is possible that there are still some active passes, as not all refunds were granted at once. Some former Premier Passport holders were able to swap to a Walt Disney World Resort Annual Pass upon renewal, as well, during the time when Disneyland Annual Passes were inactive (and later ended). Disneyland Resort took the extended theme park closure as an opportunity to create a brand new Annual Pass program that was recently unveiled.

Disneyland’s new Magic Key program has four different levels. Notably, the Premier Pass was not mentioned as a part of this reimagining. Disney World also announced that they will begin selling Annual Passes once again ahead of the Resort’s 50th anniversary. But still, you cannot purchase a Premier Passport on the Walt Disney World website, either.

More details about Disney World’s Annual Passes will be revealed later this month, and at this time it is unclear if Walt Disney World will be changing up their Annual Pass. So what could this all mean for the Disney Premier Pass? Will we ever see it go back on sale?

As of right now, Disney has not made any official statements regarding resuming sales for the Premier Passport.

For now, we can take our best guess and say that if the coast-to-coast Disney Annual Pass returns, it will likely be reimagined to better fit with Disneyland’s new Magic Keys. Since both Disneyland Resort and Walt Disney World Resort are requiring advanced online reservations that were integrated into the Magic Keys. More expensive Key Holders have access to more park reservations.

Perhaps Disney World Annual Passes will have more online reservations added to its Annual Passes when they go on sale? But that is only our speculation.

We will have to continue to wait and see if and when Disney brings back a coast-to-coast Annual Pass similar to the Disney Premier Passport.

Do you think Disney will bring back the Premier Pass? Let us know your thoughts in the comments!